Guiao on Gilas chemistry for FIBA World Cup: ‘There are no egos’

Jul 1, 2019 10:13 PM PHT
Delfin Dioquino
Facebook Twitter Copy URL
Copied
Yeng Guiao says that all the players in his pool have a good grasp of their roles in the team 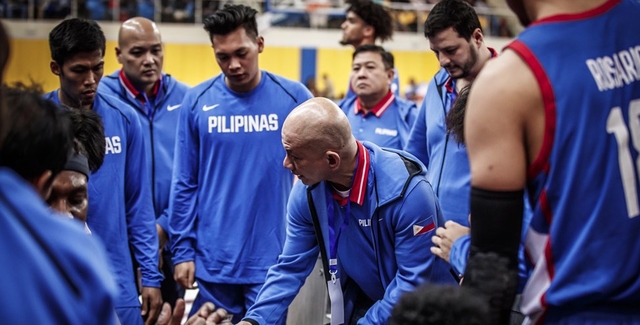 MANILA, Philippines – Gilas Pilipinas coach Yeng Guiao expressed satisfaction with the chemistry the national team has formed two months ahead of the FIBA World Cup, which will kick off on August 31.

The team had 12 men practicing on Monday, July 1. It was only the second time they had at least 10 players during practice, and they were able to play 5-on-5 to run their offensive and defensive schemes.

“I’m happy with what I’m seeing. This is a group of smart guys, they understand exactly what their role is,” Guiao told reporters in a mix of Filipino and English.

“There are no egos that are really getting in the way of getting that cohesion and chemistry. This is a good group.”

Although not a part of the national team pool anymore, Beau Belga – who played under the tutelage of Guiao for Rain or Shine and Gilas – surprisingly attended the practice as an “extra body.”

Guiao said other veterans are welcome to volunteer for the training sessions, but noted they are keeping the number of players to a limit.

The national team is bound to get another warm body with naturalized player Andray Blatche expected to arrive in the Philippines next week. – Rappler.com