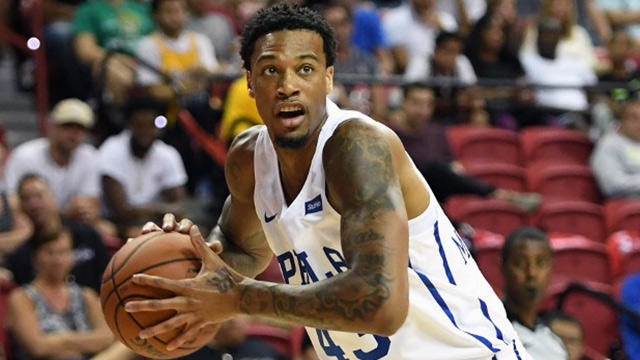 They are currently 2-5 in the standings with just as many wins as the 2-6 Columbian Dyip and the 2-7 NLEX Road Warriors.

The 24-year-old McCullough last played in Puerto Rico before taking his talents to the Philippines for the first time in his career.

He started his career as a role player for the Brooklyn Nets and the Washington Wizards before going to the NBA G-League and overseas in the Chinese Basketball Association (CBA).

McCullough was selected 29th overall in the 2015 NBA draft, one spot ahead of NBA Champion Kevon Looney and 3 spots before 2019 Sixth Man of the Year finalist Montrezl Harrell.

Rhodes, a 2017 PBA Champion and Best Import, was averaging a respectable 26 points and 13.7 rebounds, but San Miguel management felt the need to pull the plug in order to save their conference.

The Beermen now hope that McCullough’s NBA experience can translate to more wins in the PBA, just like what Terrence Jones is bringing every game to the 7-1 TNT KaTropa. – Rappler.com