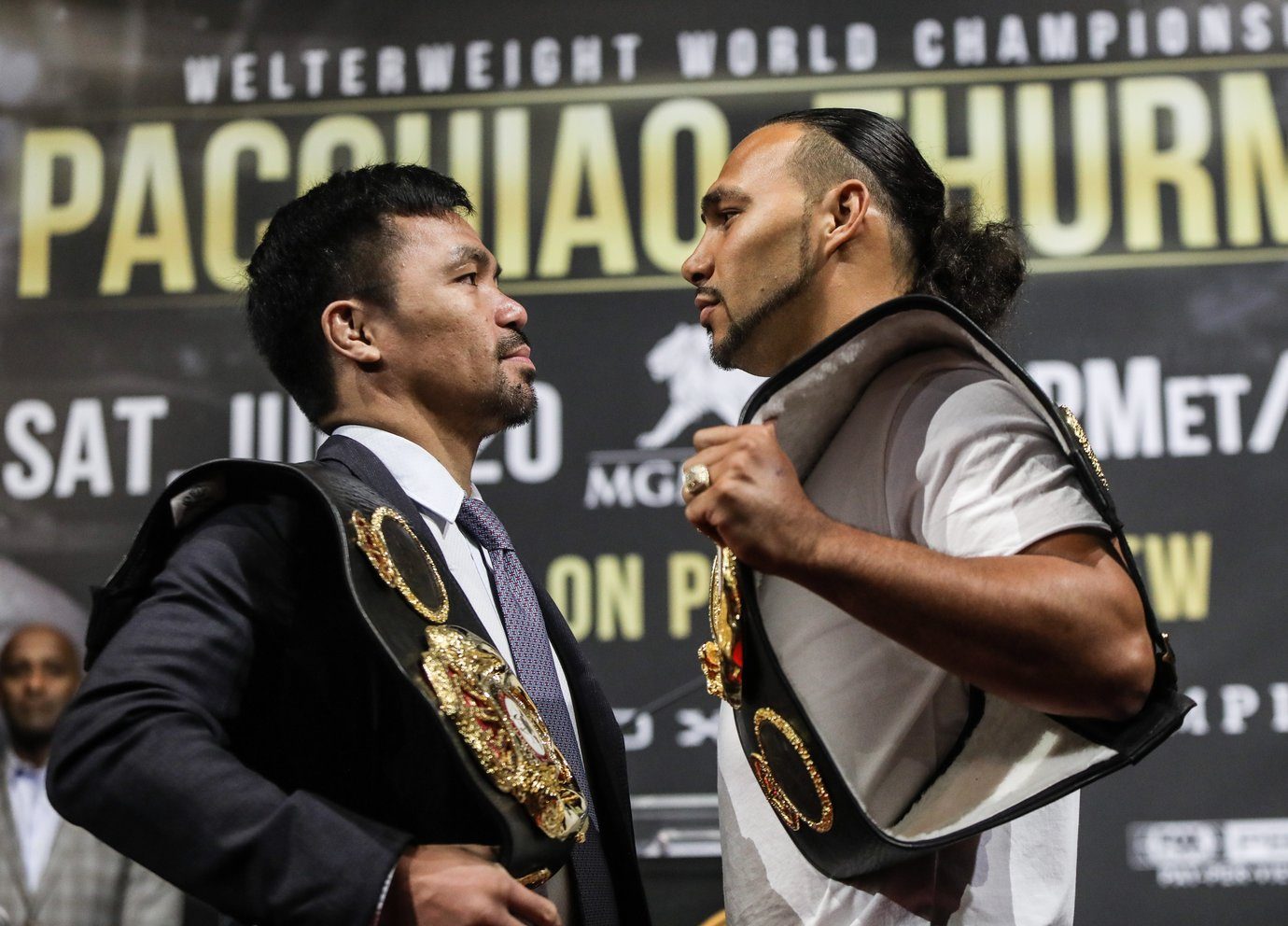 MANILA, Philippines – Manny Pacquiao may have lost his youth but not his speed.

Freddie Roach is adamant that the Filipino icon remains the elusive fighter he once was en route to becoming the only eight-division boxing world champion when he tangles with American Keith Thurman in a welterweight title unification bout.

“Manny is so unbelievably fast. He’s 40 years old and moving around the ring with the same speed he had when he was just a seven-division world champion,” said Roach, who trains Pacquiao together with Buboy Fernandez.

Pacquiao will be entering the bout to be staged at the MGM Grand in Las Vegas, Nevada on July 20 (July 21, Philippine time) with an impressive 61-7-2 (39 KOs) record after winning his last two bouts.

Thurman, meanwhile, has not been beaten in his professional career – winning 22 of his 29 bouts through stoppage and is coming off a successful defense of his World Boxing Association super welterweight title in January.

Although Pacquiao is 10 years older than Thurman, Roach does not see it as a concern.

“Manny is going to beat him 57 ways on July 20.  The fans know it, and the sports books know it. Manny has gone from underdog to a betting favorite,” Roach said.

“Manny is money for this fight. It’s going to be champagne and lobster Thurman-dor for us!” – Rappler.com