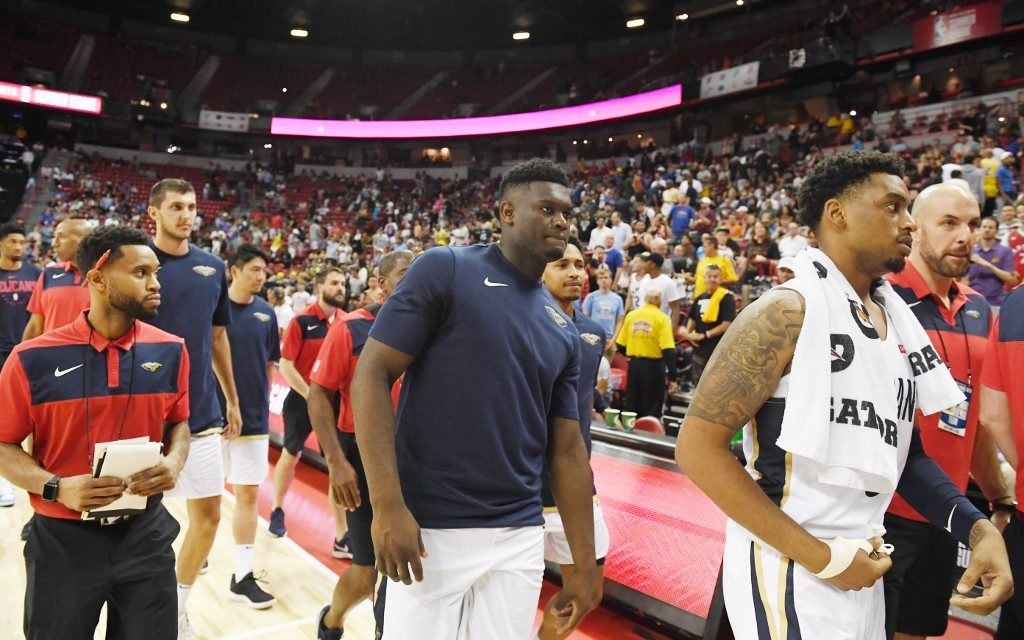 MANILA, Philippines – The NBA Summer League debut of top draft players from Duke – Zion Williamson and RJ Barrett – came to a halt as the match between the New Orleans Pelicans and the New York Knicks got suspended due to an earthquake on Friday, July 5 (Saturday, July 6, Philippine time).

The game got stopped at the 7:53 mark of the 4th quarter where the Pelicans were leading, 80-74, as an earthquake rattled a large section of California and western Nevada.

The 7.1 magnitude earthquake, which was centered about 230 kilometers (145 miles) southwest of the city, hit the Thomas & Mack Center in Las Vegas, leaving the giant scoreboard and several overhead speakers swaying above the court.

Officials initially decided to delay the game and the players were sent to their dressing rooms.

Some fans left the arena after the quake – which lasted 10 seconds – and others waited around to see if it was safe to resume the game.

Williamson, the Pelicans rookie and first overall draft pick, had to exit the game in the first half with a knee injury after colliding with another player.

A basketball game in the nearby Cox Pavilion continued because that gym lacks an overhead scoreboard, but it was also later postponed due to precautionary reasons.

The earthquake was also felt at the Ultimate Fighting Championship Hall of Fame awards in Las Vegas, striking in the middle of a speech by inductee Rashad Evans.

Other NBA athletes in Las Vegas reacted to the earthquake on Twitter.

“Just experienced my first earthquake while being on the 21st floor of a hotel. Talk about scary,” said Atlanta Hawks player Evan Turner.

Portland Trail Blazers player Meyers Leonard was woken up from a nap in his hotel.

“I can hardly believe what I just felt. Wow. I had just woke up from a nap and the entire hotel was swaying back and forth. That was actually crazy,” Leonard said.

In Los Angeles, the quake struck as the San Diego Padres’ Eric Lauer prepared to pitch to the Dodgers’ Enrique Hernandez.

Some fans got up out of their seats, but the Major League Baseball game continued uninterrupted. – With a report from Agence France-Presse