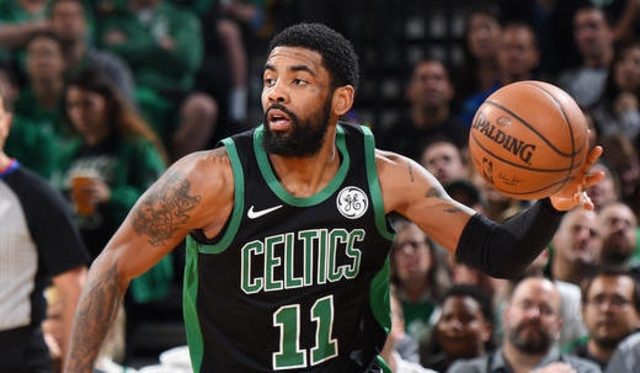 The Nets, who inked center DeAndre Jordan on Saturday, added top talent to a solid young playoff team expected to be even tougher with Durant, who will miss next season after undergoing surgery to repair a ruptured right Achilles tendon.

“Kyrie is one of the NBA’s elite guards and has won at the highest level,” Nets general manager Sean Marks said.

“His championship pedigree, coupled with his gifted scoring and playmaking abilities, will make him an outstanding addition to our team,” the first New Zealander to play in the NBA added.

Irving helped the Cleveland Cavaliers win the 2016 NBA crown and was a member of the 2016 Rio Olympics US gold medal squad.

“The entire coaching staff is excited to have the opportunity to coach a player of Kyrie’s caliber,” Nets coach Kenny Atkinson said.

“He’s as talented and accomplished as any point guard in our game and we are enthusiastic about integrating him and our other new roster additions into our returning core.”

Over 8 seasons with the Celtics and Cleveland Cavaliers, Irving has averaged 22.2 points, 3.6 rebounds, 5.7 assists and 1.3 steals over 508 career games. – Rappler.com