Warriors vow to retire Iguodala jersey after trading him 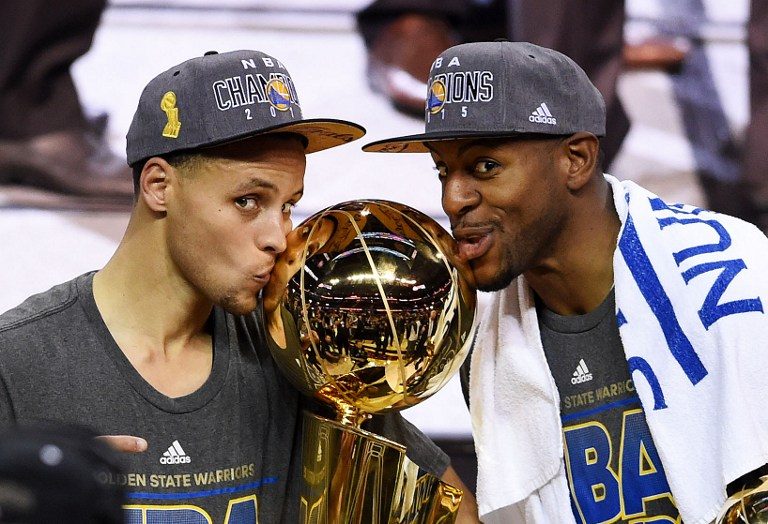 SAN FRANCISCO, USA – Andre Iguodala will have his No. 9 jersey retired by the Golden State Warriors, the NBA club announced in confirming his trade to the Memphis Grizzlies on Sunday, July 7 (Monday, July 8, Philippine time).

The 35-year-old US swingman and a projected first-round draft pick were sent to the Grizzlies in exchange for forward Julian Washburn and a traded player exception, giving them future help under NBA salary cap rules.

He earned the NBA Finals MVP award in 2015, largely due to his defensive work on LeBron James and without having started a regular season game.

Warriors co-chairman Joe Lacob said Iguodala played a greater role than the team expected when signing him in 2013.

“We envisioned him becoming a vital part of a young, up-and-coming team with championship aspirations,” Lacob said.

“As we look back 6 years later, we actually underestimated what his value would be to our team, both on the court and in the locker room.”

“Andre sacrificed for the betterment of our team and, in one of the best stories of this journey, earned NBA Finals MVP honors in 2015.”

“He has been absolutely vital to our success during 5 consecutive appearances in the NBA Finals and 3 championships.”

“We thank Andre for all of his contributions and look forward to seeing his number in the rafters at Chase Center.”

Lacob announced a similar number retirement tribute to Kevin Durant a week ago when reports unveiled the injured superstar would leave the Warriors for the Brooklyn Nets.

The Warriors leave the oldest NBA arena in Oakland for a new $1 billion arena next season in San Francisco, where championship banners and retired numbers would be honored.

Over 15 career NBA seasons with the Warriors, Philadelphia 76ers and Denver Nuggets, Iguodala has averaged 12.1 points, 5.1 rebounds, 4.4 assists and 1.5 steals.