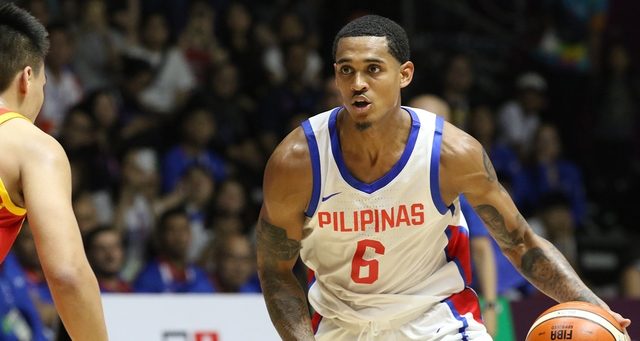 Facebook Twitter Copy URL
Copied
Gilas Pilipinas eyes to have Filipino-American NBA player Jordan Clarkson play as a local, but if not, he may serve as a backup to naturalized player Andray Blatche

MANILA, Philippines – Gilas Pilipinas still has its fingers crossed that Jordan Clarkson will be cleared to play as a local in the FIBA World Cup as Yeng Guiao added the Filipino-American NBA player in his player pool.

Guiao bared on Monday, July 15, he included the Cleveland Cavalier in the pool he submitted to the Samahang Basketbol ng Pilipinas (SBP) for the global hoops showdown to be staged in China starting August 31.

But if FIBA – the world governing body for basketball – denies the Philippines’ plea, Clarkson will then serve as a backup to naturalized player Andray Blatche.

“We’re still hoping that a miracle happens but at the same time, it’s also a backup plan,” Guiao told reporters after Blatche practiced with the national team for the first time in months.

“Knock on wood, I hope nothing happens, no harm comes to Andray but at least we have options on the naturalized players if anything untoward happens. But we’re hoping and praying that we all stay healthy.”

“We’re still not giving up on the effort to play him as local but if not, he will be a backup to Andray as naturalized [player],” Guiao added in a mix of Filipino and English.

Clarkson already donned the national colors and played under Guiao when he saw action in the Asian Games in Indonesia last year, leading the country to its best finish in the quadrennial showpiece in 16 years.

Gilas had hoped to have Clarkson represent the country again in other international tournaments, but his eligibility to play as a local in FIBA-sanctioned events has always been the toughest hurdle to jump.

With the NBA yet to start until November, Clarkson will be available to compete in the World Cup. – Rappler.com