‘I will be back,’ says Thurman after first career loss 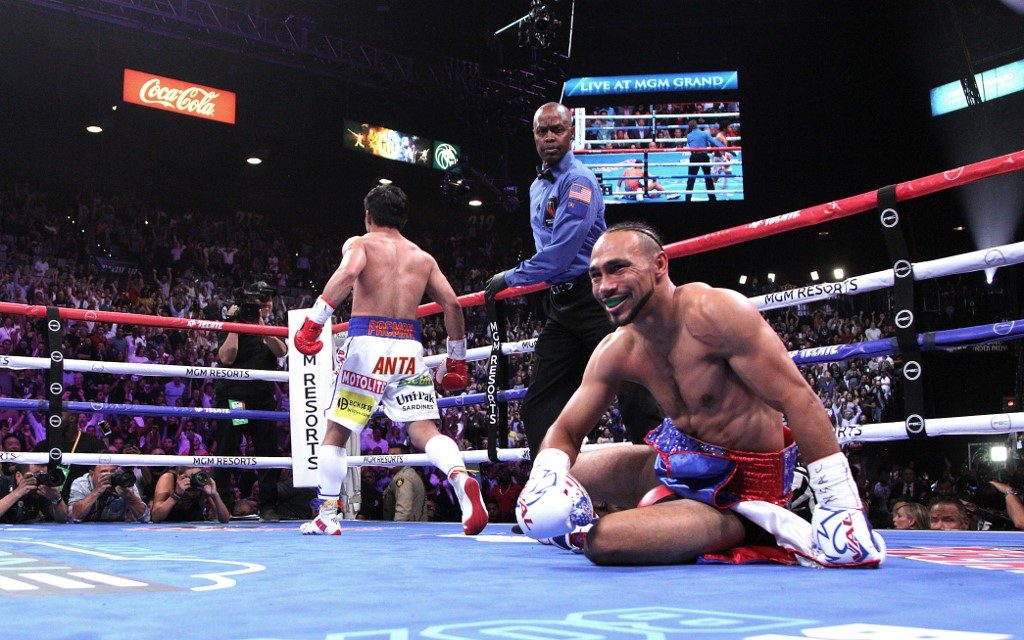 LAS VEGAS, USA – Keith Thurman may have lost the battle against Manny Pacquiao, but he’s not about to surrender.

With his 0 and World Boxing Association welterweight crown gone, Thurman intends to regain the top spot in the loaded division soon.

And he could take solace from the fact that he rebounded from a first-round knockdown to engage Pacquiao in a slugfest and salvage a split decision.

Thurman believes all he needs is “get the numbers back up and I will be back at the top of the sport of boxing.”

According to Thurman, the opening rounds did not turn out the way he envisioned them to be as Pacquiao peppered him with combinations and sneaky jabs from the opening bell up to the 4th round.

Though he takes pride on having a high ring IQ, Thurman admitted he flunked the test.

“I did not pay attention to the rounds and did not make the necessary adjustments,” said during the post-fight conference.

Of course, Thurman now knows how it is to tangle with a legend like Pacquiao.

“He was fast, he was strong.  The short steps he has a lot of it. I felt like I will give him a pressing fight,” said Thurman, who is 10 years younger than Pacquiao at 30.

“I felt he’s getting tired in the later rounds, but he’s been to so many wars he knows to use his defense a little better.”

Thurman was happy he was able to test Pacquiao as well as himself.

But on hindsight, Thurman felt inactivity – coming from a 22-month injury layoff before returning and beating Josesito Lopez last January – also affected his performance against Pacquiao, who’s into his third title fight in 12 months.

Rather than sulk, however, Thurman said he’s not leaving boxing yet.