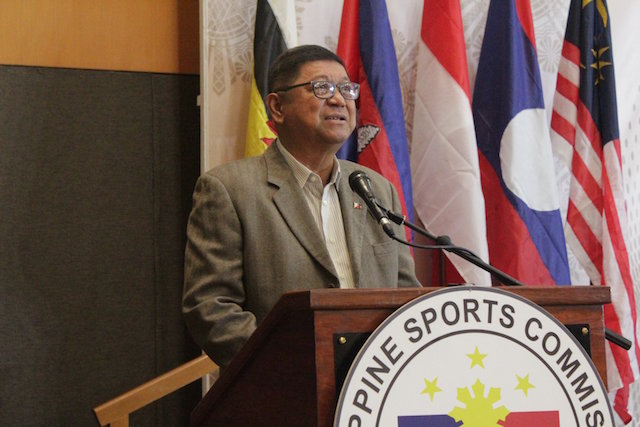 Ramirez said that the Philippine Olympic Committee (POC), the Philippine Southeast Asian Games Organizing Committee (PHISGOC), and the PSC were involved in the process as they all worked for a successful hosting of the regional biennial meet. (READ: Duterte wants SEA Games committee out of picture due to ‘corruption’)

Under the present set-up, the Department of Budget and Management (DBM) manages the disbursement of funds and, together with the Procurement Service, purchases of equipment, fixtures, and other requirements for the Games.

The PSC is the first line of check and balance as it receives a request from the PHISGOC, together with its supporting papers, which is approved in a board resolution. (READ: SEA Games committee stays as corruption claims ‘deemed false’)

The DBM  has the final say on whether certain transactions pass its thorough evaluation, before it is given a green light.

The budget department will also be required to clear previous releases before new funding would be released.

This is the same policy the PSC applies to national sports associations to avoid unliquidated accounts.

The group will report weekly to Medialdea.

“If there are problems, share them with us, huwag ‘nyo solohiin, para magkasama tayo humanap ng solusyon (don’t do things on your own so that we can find a solution together),” said Ramirez. – Rappler.com