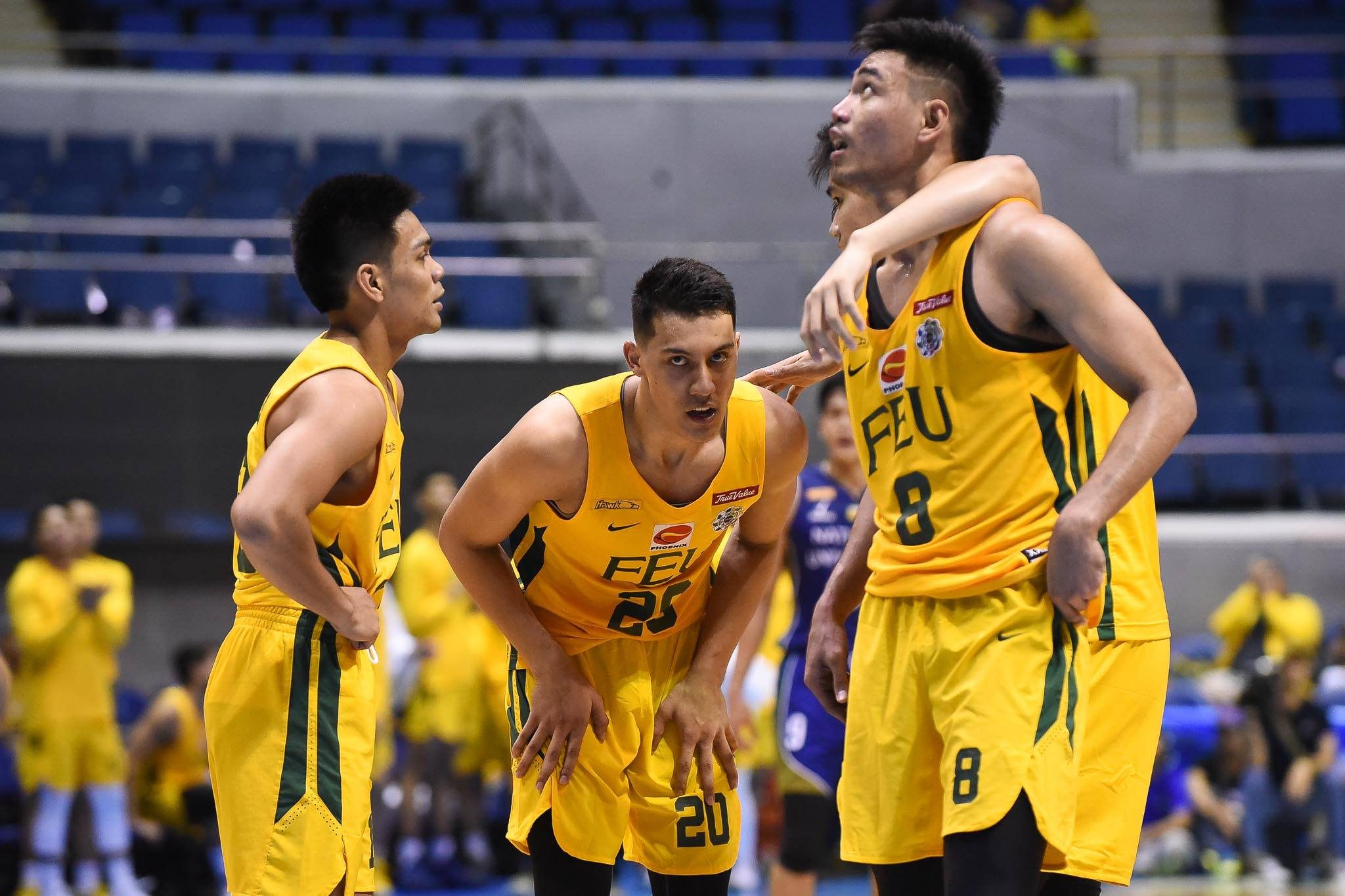 Facebook Twitter Copy URL
Copied
Not much fanfare surrounds this season's FEU squad, but the Tamaraws don't seem to mind

MANILA, Philippines –  Amid all the noise created by the Final Four teams in last year’s UAAP Season 81, one contender seemed to pass through without much fanfare.

While Ateneo, Adamson and UP blazed through the headlines with hashtag wars and friendly online trash-talk, the FEU Tamaraws – one of the league’s most consistent playoff entrants – quickly slid down the trending lists.

Even with Season 82 fast approaching, the talk of the town still seems to stir up far away from Morayta.

“No one’s talking about us,” said FEU forward Kenneth Tuffin. “Everyone kind of forgot that FEU was in the Final Four last year, but that doesn’t faze us. We’re just gonna take it one game at a time and hopefully, we surprise a few people.”

In the off-season, the Tamaraws lost a grand total of 6 veterans due to graduation, with prominent names like Prince Orizu, Axel Iñigo and Arvin Tolentino. With the team opting into a youth movement this season, the pressure is on for rising stars like the lightning-quick L-Jay Gonzales.

(I’m so excited because coach trusts us on the court. The pressure is there, but I’m not thinking about it. I’ll just do what I can for the team to help us get back to the Final Four.)

For head coach Olsen Racela, the climb back to the top will be steeper this time around, but he’s confident that his young Tamaraws will still give everything they have.

“Yes, mas mahirap this year. Like I said, 6 veteran players nawala sa amin including our import, so it’s gonna be a challenge for us this year to make the Final Four,” he said.

(Yes, it will be more difficult this year. Like I said, we lost 6 veterans including our import, so it’s gonna be a challenge for us this year to make the Final Four. But of course, the Tamaraws never quit. We will still fight. We’ll see what happens. The ball is round.) – Rappler.com