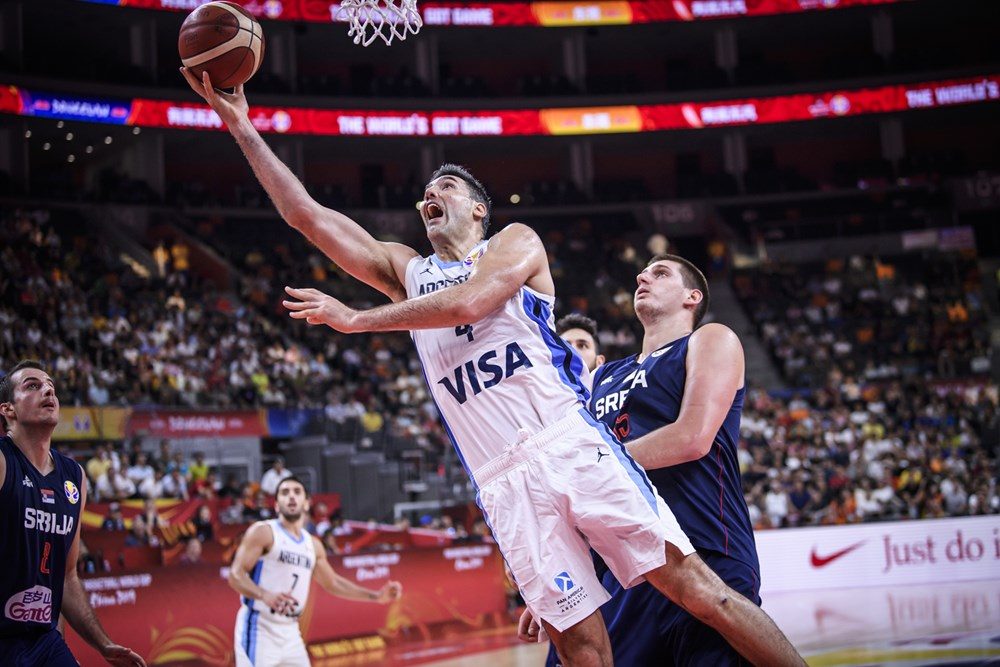 DONGGUAN, China – Argentina’s grand old man Luis Scola knocked down a series of key buckets in a fourth quarter surge on Tuesday, September 10, to crush Serbian hopes and propel the South Americans into the semifinals of the FIBA Basketball World Cup.

Scola, 39 years old and the last remaining member of Argentina’s “Golden Generation” that won the Olympics in 2004, finished with a team-high 20 points in the 97-87 win.

The outcome leaves Argentina undefeated in the World Cup, hosted this year by China, and headed for a Friday match-up against the winner of USA-France, who tip off on Wednesday, September 11.

The bigger Serbians, who had looked dominant in group play behind do-it-all center Jokic, had to play catch-up against the quick Argentines throughout their quarterfinal contest in Dongguan in southern China.

Serbia finally grabbed a 70-68 fourth quarter lead on a three-pointer by the Memphis Grizzlies’ Marko Guduric and looked like they might make amends for a frustrating 81-69 second-round loss to Spain, the only blemish in their World Cup campaign to that point.

But that’s when Scola stepped up, scoring 8 rapid-fire points in a 21-6 Argentina run that dropped the curtain on Serbia’s World Cup.

“We believed it. It wasn’t impossible. We have a great team and we have great energy,” said Argentina forward Patricio Garino.

Scola is by far the oldest player in the relatively young Argentina squad.

“The way we played today is an example of what we want to do over the years,” Garino said.

Argentina were the more fluid of the two teams throughout the game, moving the ball well and spreading out the scoring.

Serbia had looked like title contenders after demolishing their opponents in the group phases by a average 40.8 points per game.

But the subsequent loss to Spain rocked the Serbs and they never seemed able to find a consistent rhythm against a pesky Argentine defence.

Jokic was valiant in defeat as his team relied heavily on him, but he got little support for most of the game from his team’s long-range shooters, who had been among the most accurate from the three-point range throughout the tournament.

“We should have played better defense and more concentrated. The toughest matches are the quarter-finals but now we have lost the chance to win a medal,” said Bogdanovic.

“The best thing we can do now is to fight to at least be the fifth.” – Rappler.com