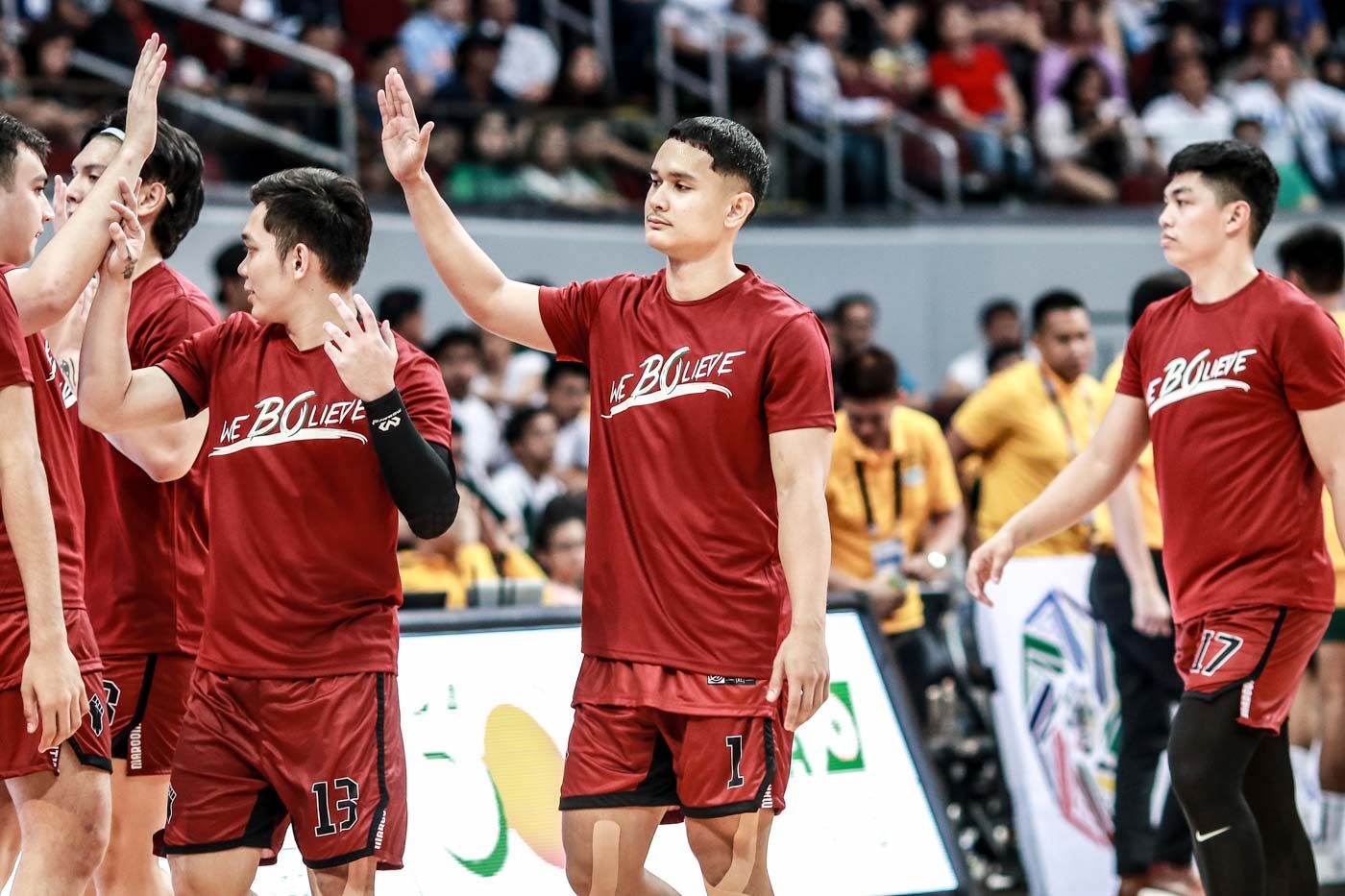 Facebook Twitter Copy URL
Copied
Playing the first of 3 games minus coach Bo Perasol, the UP Maroons fall short in their comeback charge against the FEU Tamaraws

MANILA, Philippines – The UP Fighting Maroons nearly climbed out of a 19-point hole, but the FEU Tamaraws got it together late to escape with an 82-79 overtime triumph in the UAAP Season 82 men’s basketball tournament on Sunday, October 6.

The Maroons – who played minus suspended coach Bo Perasol – still trailed by a wide 53-69 margin in the final 5:58 minutes of the 4th quarter before staging a blistering 16-0 run capped by Javi Gomez de Liano’s steal-and-score play that tied the game at 69 with 24.7 seconds left.

But as the game went into overtime, the Tamaraws rediscovered their form behind Ken Tuffin, L-Jay Gonzales, and Wendell Comboy to get away with a win.

Check out some photos of the thrilling duel: 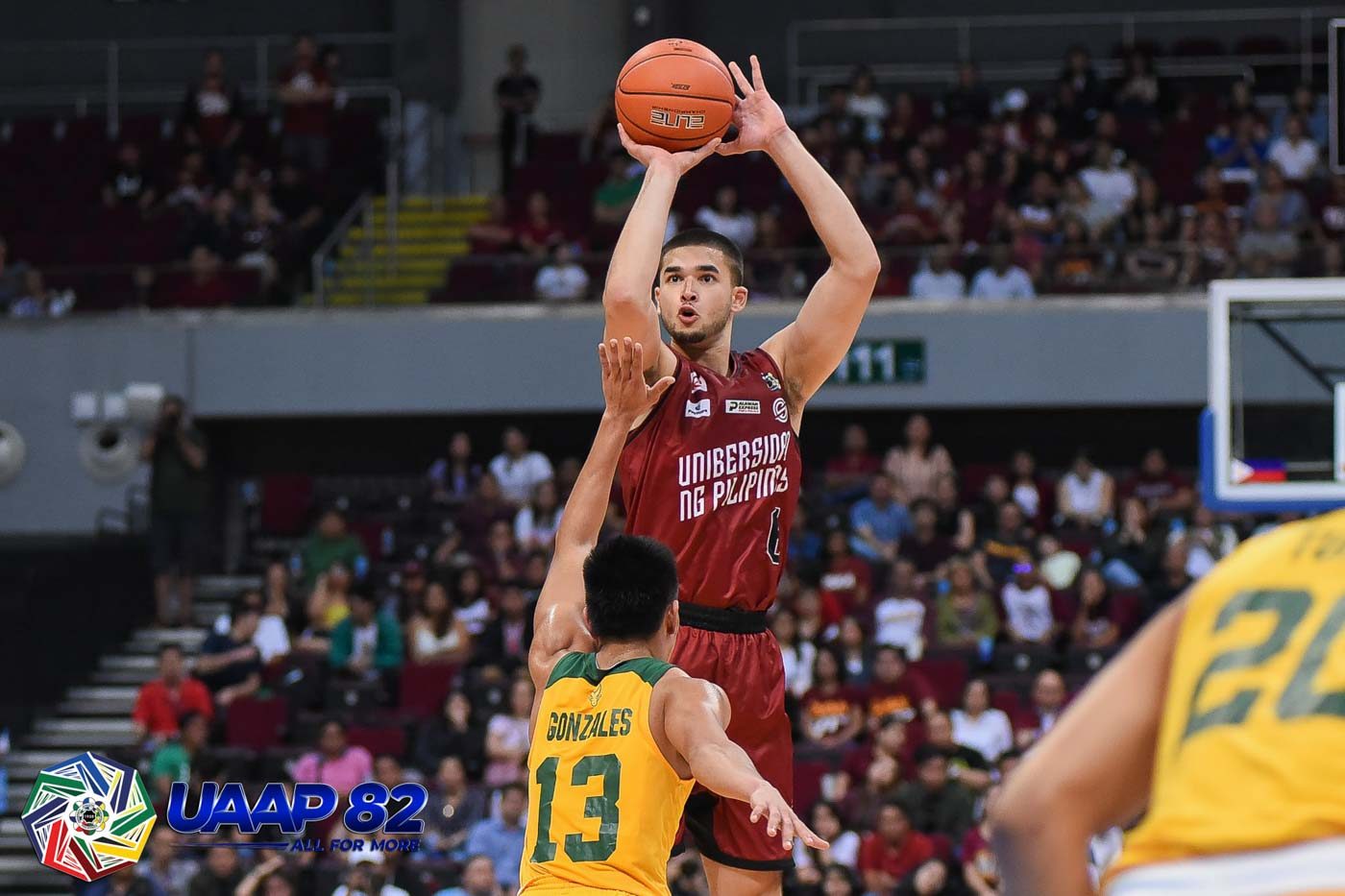