MANILA, Philippines – Not that many players can consistently post double-doubles and even less come away with 20-20 games.

But Justine Baltazar had no trouble doing that, dominating his way to a 25-point, 25-rebound double-double as La Salle decimated NU in the UAAP Season 82 men’s basketball tournament on Sunday, October 6.

The 6-foot-7 center already had 15 points and 14 rebounds at halftime before doubling down on his effort and, in the end, the Bulldogs had nothing left to stop him.

Standing in elite company of players who have recorded a 25-25 game, Baltazar was the hands-down winner for the latest Chooks-to-Go Collegiate Press Corps UAAP Player of the Week award.

A workhorse inside the paint, the fourth-year big man collected 10 of his huge rebounding output from the offensive side while also swatting two shots in 33 minutes of action. 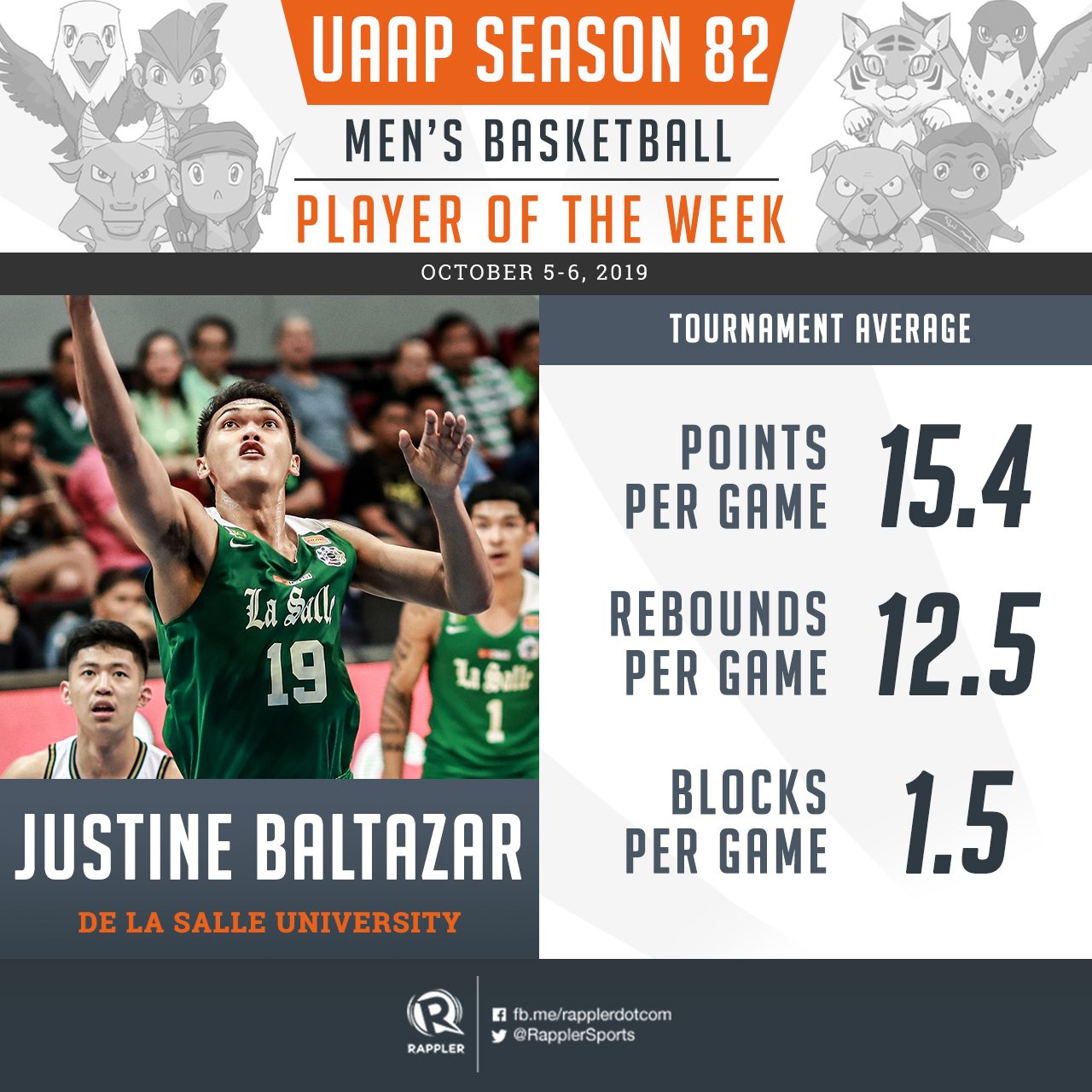 “When was the last time a local had a 25 and 25 in the UAAP? I mean, again, ‘yan ang resulta ng ginagawa ni Balti during practices. He really works hard. He takes care of his body and it shows in the game,” said Nazario.

(When was the last time a local had a 25 and 25 in the UAAP? That’s the result of what Balti does in practice. He really works hard. He takes care of his body and it shows in the game.)

Even better, his explosion came just at the right time as the Green Archers try to rally for more wins in the second round.

Baltazar grabbed the weekly citation given by print and online media covering the league away from the likes of Ken Tuffin of FEU, Thirdy Ravena of Ateneo, and Senegalese Alex Diakhite of UE. – Rappler.com