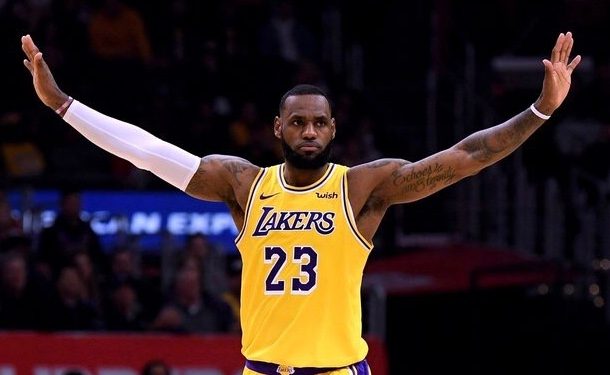 SHANGHAI, China – The NBA’s lucrative interests in China are under threat, but the league enjoys an important piece of leverage that could carry it through the crisis: it’s the only game in town.

Tweets last week by a Houston Rockets executive in support of pro-democracy protests in Hong Kong have imperiled NBA profits in one of its biggest markets, with sponsors fleeing, preseason game broadcasts canceled, and Chinese attacking the league online.

But the league remains massively popular in China, due partly to Chinese former NBA great Yao Ming who, ironically, played for the Rockets from 2002-2011 and now heads the Chinese Basketball Association (CBA).

The NBA’s dominance in China could prove a firewall against lasting damage, industry figures said.

“When it comes to basketball in China, it’s just the NBA,” said Mark Dreyer, who runs the China Sports Insider website.

He notes that China’s equally passionate football fans can choose among the English, Spanish, Italian or other leagues.

But the only alternative available to Chinese basketball fans is the CBA.

The 20-team Chinese domestic league is widely viewed as several rungs below the NBA’s competitive drama and quality of play and has not come close to producing a talent on par with Yao.

Chinese social media followers, among the best gauges of popularity in a country where official statistics can be suspect, tell the story.

The NBA’s account is followed by nearly 42 million people on leading Chinese platform Weibo, while the most popular American team in China – the Golden State Warriors – has more than 8.5 million followers.

“Having a monopoly on the pinnacle of the sport has really allowed the NBA to become inarguably the most popular sports league in China,” said a sports executive in the country, who spoke on condition of anonymity due to the sensitivity of the matter.

It remains to be seen how badly the NBA’s bottom line will be hit.

But there has been no hint yet that the NBA’s upcoming regular season games would be blacklisted, nor has a broader Weibo boycott of the league’s coming season gained pace.

As for the potential financial impact, “in the grand scheme of the billions of revenues the NBA makes in China, it may not be so bad,” the executive added.

Qu Wei, 26, wore a Lakers superstar LeBron James jersey as she waited with about 50 other fans hoping for a glimpse of players at a press event in Shanghai.

“Everyone of course knows about the tweet by Morey and while we definitely think it is wrong, at the same time we are both patriotic and we are sports fans,” she said.

“I think we shouldn’t let sports be spoiled by complicated issues like this. They should be separated.”

One fan took his passion to another level.

Police in Jilin province announced on Monday that an overzealous Rockets supporter was arrested after he posted a photo of himself burning China’s flag.

“I live and die with my team,” said the post by the 25-year-old, identified only by his surname Wang.

China suffered in the past from territorial depredations or outright invasions by foreign countries – memories burned into the national consciousness.

As a result, its government and nationalist voices online lash out at any foreign comments perceived as challenging its territorial integrity, as Morey’s tweet was widely viewed in China.

Silver – who has defended Morey’s right to free expression and refused to apologize – was due to arrive in Shanghai on Wednesday for a visit now expected to focus on damage control.

China’s stability-obsessed Communist Party may also fear upsetting fans too much by banning the NBA, China-watcher Bill Bishop wrote in his daily “Sinocism” blog this week.

“Fans, sponsors, websites and broadcasters can shun one team, but they cannot and will not shun an entire league,” he wrote.

“There would be a social stability cost to banning the NBA in China. I am serious.” – Rappler.com