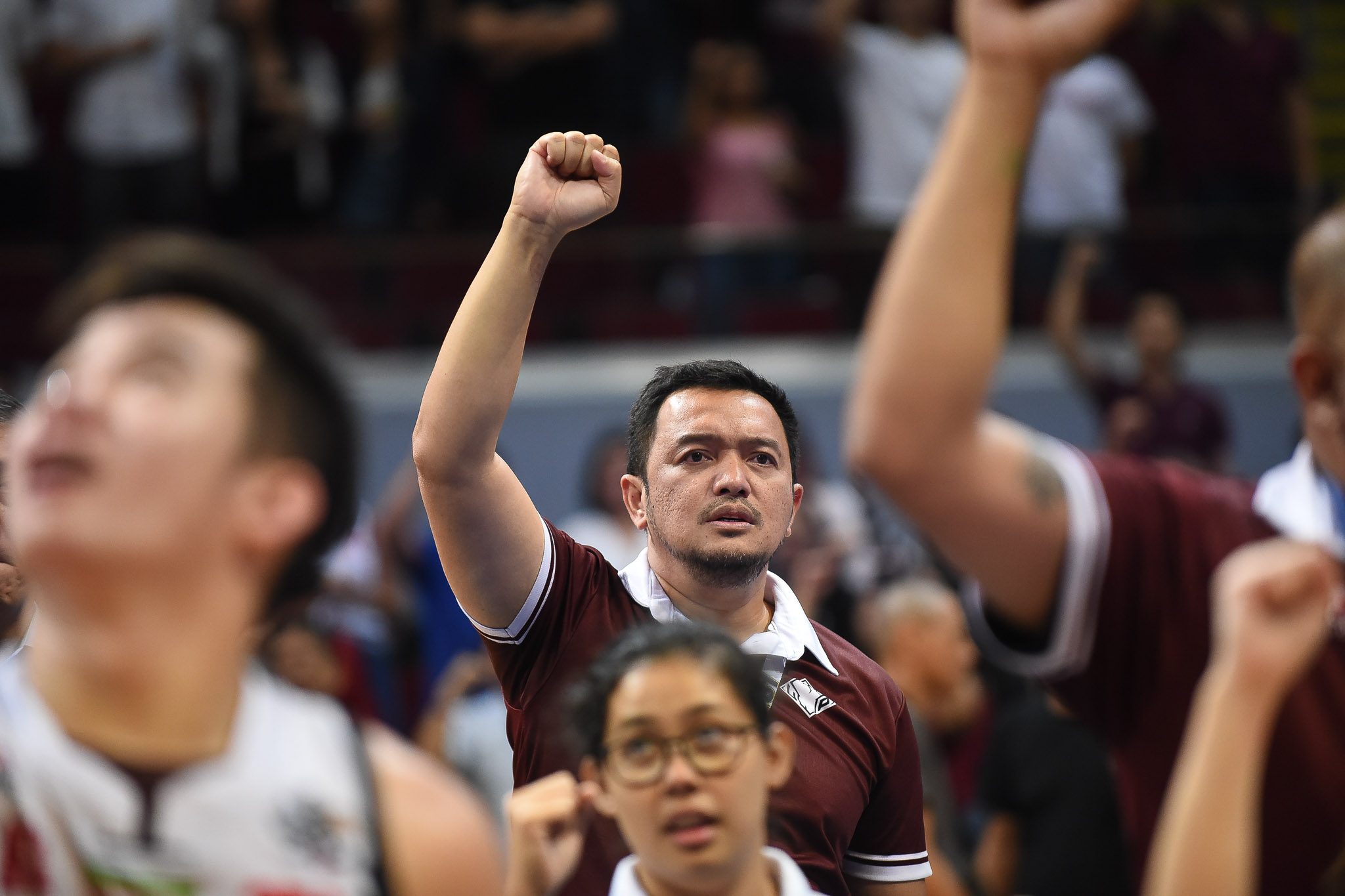 Facebook Twitter Copy URL
Copied
After missing two games, Bo Perasol will return to the sidelines for the UP Fighting Maroons' game against the UST Growling Tigers

Ilagan has shortened Perasol’s suspension from the original 3 games to 2 games after a personal apology, meaning he can now return to the sidelines on Wednesday, October 16, for UP’s crucial match against the UST Growling Tigers.

“Coach Bo emphasized how he deeply regretted his actions towards the official and extended his apology towards the UAAP board, organization, and the entire community,” Ilagan said.

Perasol was initially slapped a three-game ban after his emotional meltdown on the referees during the Maroons’ Battle of Katipunan match against the Ateneo Blue Eagles.

The decision was met with expected backlash from the UP community and even Perasol himself, who called the ban “too much.”

After Perasol’s initial appeal was denied, the league eventually softened its stance as Perasol personally extended his apologies to the UAAP.

His team currently stands with a 6-3 record, good for solo 2nd place in the UAAP Season 82.

Ilagan, meanwhile, emphasized that all the members of the community should exert restraint and discipline not just towards officials but also to everyone on the court.

“Mr Perasol and every member of the UAAP are hereby reminded that any further unsportsmanlike acts on their part will be dealt with the full extent of the league,” Ilagan said. – Rappler.com