LeBron under fire for comments on NBA-China row 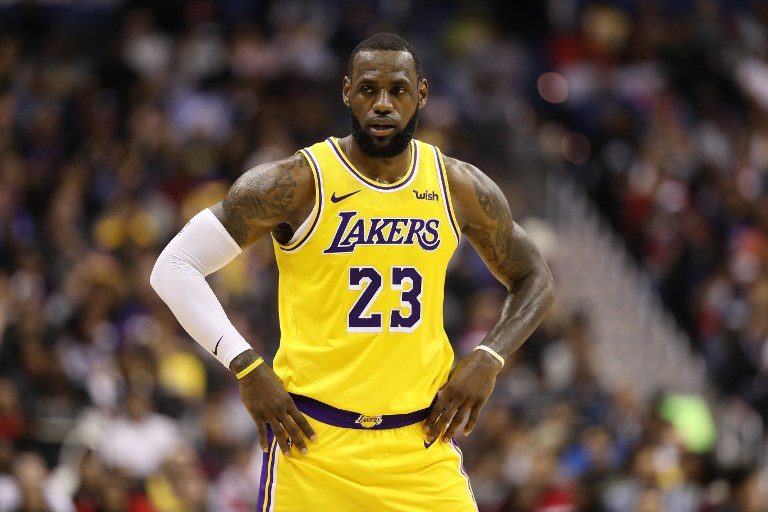 LOS ANGELES, USA – Basketball superstar LeBron James was accused of turning a blind eye to Chinese repression on Tuesday, October 15 after he criticized a Houston Rockets executive for angering China with a “misinformed” tweet supporting protesters in Hong Kong.

James told reporters that Rockets general manager Daryl Morey “wasn’t educated” on Hong Kong and should have kept his mouth shut, as the outspoken Lakers forward waded into a charged debate that other high-profile NBA figures have shied away from.

“So many people could have been harmed not only financially but physically, emotionally and spiritually. So just be careful with what we tweet, and we say, and we do,” James told reporters when asked for comment in Los Angeles after returning from the NBA’s annual China tour.

His remarks drew praise from Chinese social media users, who have savaged Morey for butting into the country’s affairs, but the US reaction on Twitter was swift and harsh.

“@KingJames — you’re parroting communist propaganda. China is running torture camps and you know it,” said Republican Senator Ben Sasse of Nebraska, referring to China’s reported incarceration of up to one million Muslim Uighurs in prison-like camps.

The backlash in China against Morey’s comments has cast a cloud over the NBA’s lucrative broadcasting, merchandising and sponsorship interests in the country, where it has legions of fans.

But the NBA also is under pressure from US politicians and media outlets who have urged the league not to buckle under the Chinese criticism. (READ: NBA: ‘We are not apologizing’ for Hong Kong tweet)

Following his initial comments to reporters, James – who has a lucrative lifetime endorsement deal with Nike, which does big business in China – attempted to clarify his stance with a pair of subsequent tweets.

“Let me clear up the confusion. I do not believe there was any consideration for the consequences and ramifications of (Morey’s) tweet. I’m not discussing the substance. Others can talk about that,” he wrote.

James’s Lakers and the Brooklyn Nets were thrust into the whirlwind when they arrived in China last week for a pair of preseason exhibition games after Morey had tweeted: “Fight for Freedom. Stand with Hong Kong.” (READ: Nets beat Lakers to bring merciful end to tense China tour)

The former British colony, now a semi-autonomous Chinese territory, has been rocked by months of demonstrations by citizens who accuse Beijing of chipping away at its freedoms.

China, however, portrays the protesters as violent separatists and bristles at any foreign interference in the matter.

James complained in his subsequent tweets on Tuesday that Morey’s comments put the Lakers through a “difficult week” in China.

Chinese sponsors have cut ties with the NBA and broadcasters refused to air the two exhibition games in China, sparking US accusations that Beijing was using access to its vast market as leverage to dictate speech in other countries.

Many in the US, including NBA commissioner Adam Silver and top American politicians, have defended Morey’s right to speak out, but James said that right should be exercised with care.

“Yes, we do have freedom of speech, but there can be a lot of negative that comes with that too,” he said.

Several normally outspoken NBA figures, like Golden State Warriors coach Steve Kerr and his star guard Stephen Curry, were criticized for declining to take a clear stand on the issue.

A hashtag lauding James’s remarks became one of the most-searched on Weibo, China’s leading social media platform, with more than 94 million views as of Tuesday afternoon.

One post suggested James should be the league’s spokesman to the world: “This is why we love you, the NBA’s foreign ministry spokesman.” – Rappler..com