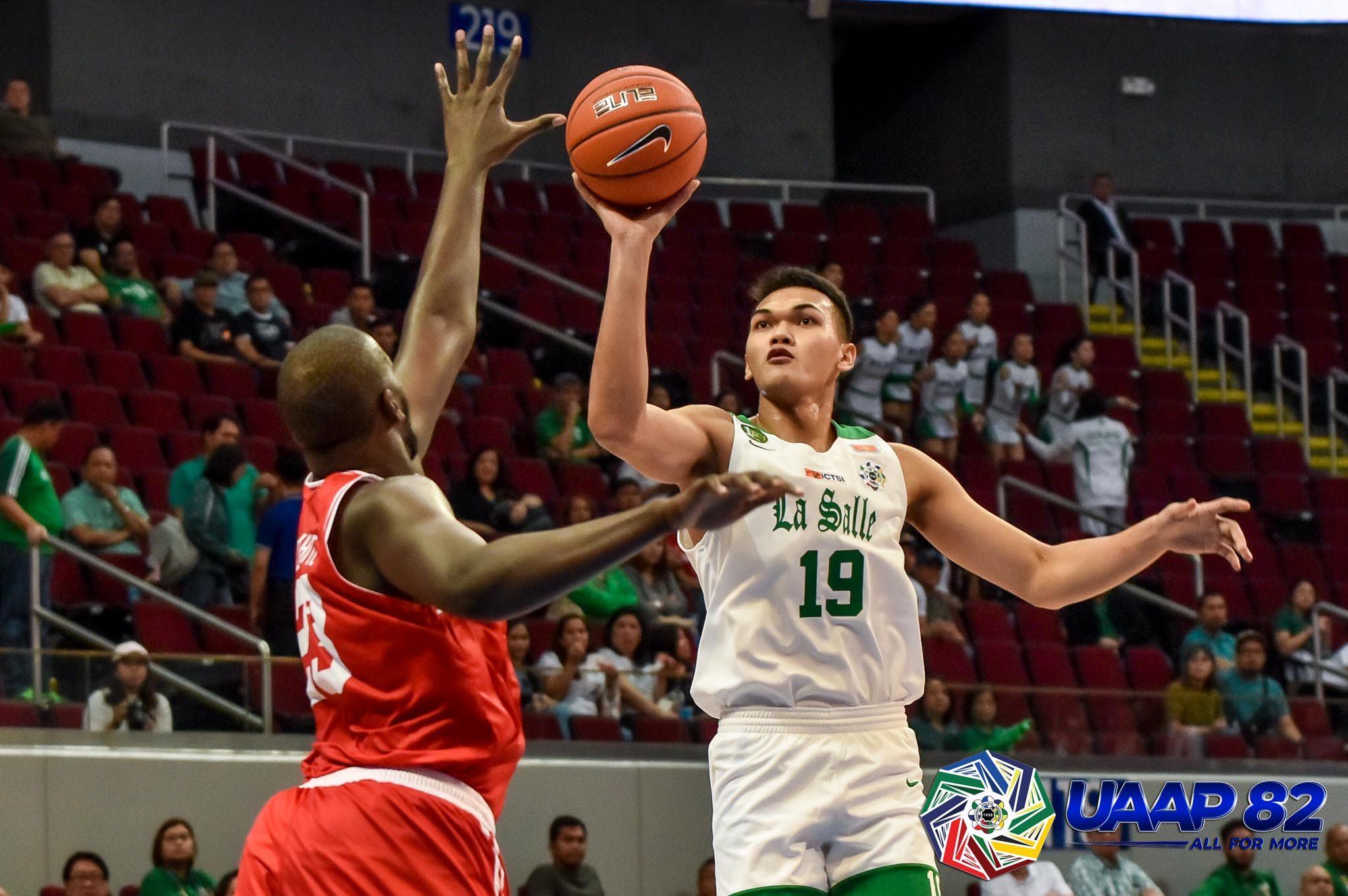 MANILA, Philippines – Justine Baltazar did not take long to get back to his old dominant self after he posted a monster 23-point, 12-rebound line in the La Salle Green Archers’ revenge win against the UE Red Warriors.

On paper, it looked like the UAAP Season 81 Mythical Five selection merely cranked up his intensity after getting shut down to 12 markers and 9 boards across 39 minutes against Ateneo in the men’s basketball tournament last Sunday, October 13.

However, as La Salle head coach Gian Nazario revealed, Baltazar and the rest of the team had to go through much worse just to get the much-needed win.

“We came in Monday, before practice we found out that 7 of our players had flu,” he said after the game. “[Four] of our players were injured, so we were left with [5] players. So this was really tough. “

“Yesterday, [Justine] came out of the hospital at 10 o’ clock, him and Aljun [Melecio],” he continued. “We weren’t really sure what kind of team we were gonna bring in today.”

Baltazar and Melecio went down with Andrei Caracut, Jamie Malonzo, Joaqui Manuel and Jordan Bartlett in the flu outbreak while Kurt Lojera, Tyrus Hill, Keyshawn Meeker and James Laput sat out with injuries.

Despite the sickness, Baltazar still came through in fine style as he single-handedly created separation in the back-and-forth 4th quarter with a steady stream of hook shots and putback layups.

Fittingly enough, Baltazar also sealed the deal with two free throws off the duty foul as La Salle hung on for the six-point win.

(I’m okay now because we don’t have other big men. We have a lot of injuries and sicknesses so I needed to play. And we also needed to bounce back against UE. I don’t want a repeat of the first loss because it hurts. Even though I was really tired, I needed to play because coach said I don’t have a replacement anymore. It was a close game, so I needed to work.)

All in all, the 6-foot-7 big man played 37 out of a possible 40 minutes right after his 39-minute marathon against Ateneo.

Despite this glaring increase in workload amid his untimely sickness, Baltazar just drew his strength from the people who mattered most.

(This is for the La Salle community, for my family and for those who support me. I need to keep working hard to have great games.) – Rappler.com