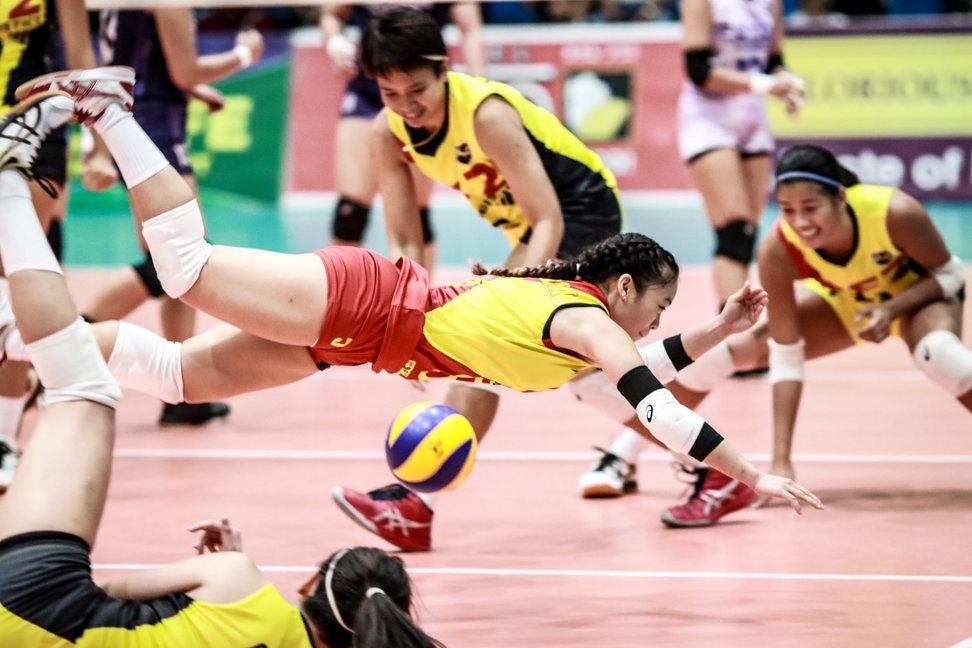 Facebook Twitter Copy URL
Copied
Adding another chapter to their storied showdown, Petron and F2 Logistics clash in the finals for a record seventh time

MANILA, Phillipines – Two of the most powerful, most successful volleyball clubs in the country – Petron and F2 Logistics – essay another thrilling chapter to their storied rivalry when they clash in the sudden-death title showdown of the Philippine Superliga Invitational Conference on Thursday, October 17 at the Ynares Sports Center in Pasig City.

Action starts at 6 pm with the Cargo Movers looking to add another diadem to their collection of titles and the Blaze Spikers vying to complete their journey back to the throne of the most prestigious women’s club league in the country.

Prior to that, Foton and Cignal collide in the bronze medal match at 4 pm.

Billed as the most decorated teams in the country today with 11 titles between them, the Cargo Movers and the Blaze Spikers will clash in the finals for a record seventh time, making this battle as intense and as dramatic as their previous finals showdowns.

While the Cargo Movers kept their spot on top, thanks to the arrival of Filipino-American sensation Kalei Mau, the Blaze Spikers fell out of grace after suffering a massive meltdown in the semifinals of the All-Filipino Conference two months ago.

Actually, Petron was looking good in the double-round eliminations, but it ran into a hungry and rampaging Cignal squad, which erased its twice-to-beat advantage en route to one of the biggest upsets in Philippine volleyball.

“I would be lying if I say that we don’t want to win the All-Filipino Conference,” said Petron coach Shaq delos Santos, recalling their bitter fate in the midseason conference.

“But I’m glad that we are given another chance to redeem ourselves. Being in the finals of the Invitational Conference is a blessing, it is an opportunity to pick up the pieces and become a PSL champion once more.”

F2 Logistics coach Ramil de Jesus said unlike in their previous best-of-three affair, they couldn’t afford to commit any mistake in this kill-or-be-killed finals duel.

“Thursday will be the moment of truth for both teams,” said de Jesus, arguably one of the best coaches in the country for winning 11 UAAP titles with La Salle.

“We have to give our best because there won’t be any excuses. We have only one shot at wining the title and there will be no more Game 2 or 3 for us.”

De Jesus said Mau is back in harness while national team members Aby Maraño, Dawn Macandili and Majoy Baron as well as Kianna Dy, Desiree Cheng, Kim Fajardo and Ara Galang are all eager to win the title anew against the Blaze Spikers crew, which went has yet to suffer a defeat in this season-ending conference.

On the same note, Delos Santos is also eager to pull off a victory, not only to redeem themselves, but also to gain confidence as he leads the national team in the 30th Southeast Asian Games.

“Each win is a chance for us to gain confidence,” said Delos Santos, who has national team members like Rhea Dimaculangan, Mika Reyes and Frances Molina on his roster.

“We want to leave this conference with a bang and walk into the SEA Games with high morale.” – Rappler.com