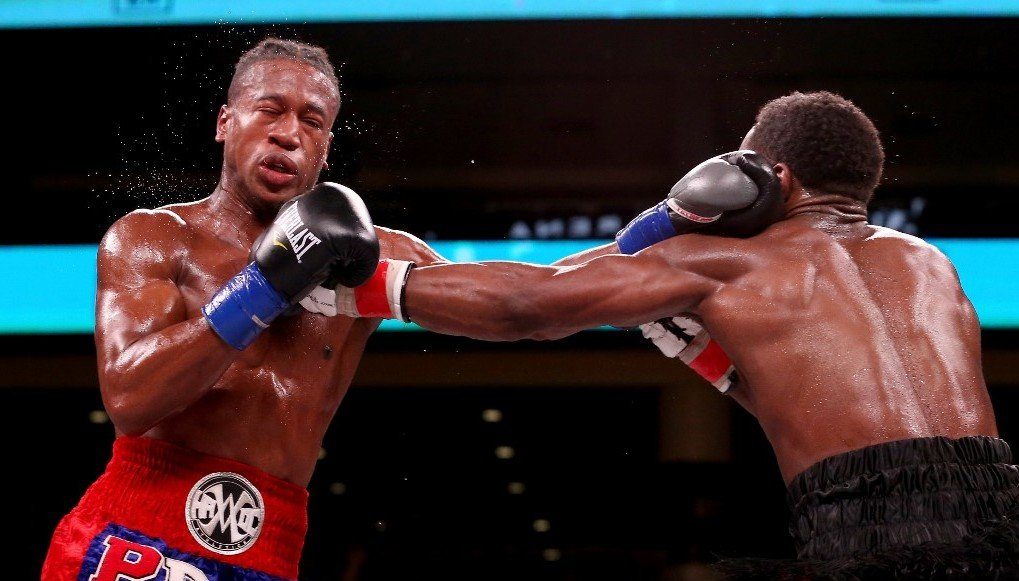 The 27-year-old super welterweight had undergone emergency surgery after being knocked out by Conwell on Saturday at Chicago’s Wintrust Arena.

“On behalf of Patrick’s family, team, and those closest to him, we are grateful for the prayers, expressions of support and outpouring of love for Pat that have been so obvious since his injury,” DiBella said.

Day, who had been in a coma following surgery at Northwestern Memorial hospital, died surrounded by family and friends.

The American fighter had been carried unconscious from the ring on a stretcher on Saturday following his 10th round knockout.

Conwell, a 2016 American Olympian, dropped Day in the 4th and 8th rounds and then landed a right hand in the 10th which caused Day to stumble.

Seconds later Conwell rocked Day with a massive left hook that resulted in Day falling backwards and his head bouncing off the canvas. Referee Celestino Ruiz called off the fight at 1 minute, 46 seconds of the round.

Day lay on the canvas for several minutes receiving medical treatment before being removed from the ring.

Day is at least the third boxer to die from injuries sustained in the ring this year.

In his statement on Wednesday, DiBella said he hoped Day’s death would prompt US authorities to adopt tougher safety standards.

“It becomes very difficult to explain away or justify the dangers of boxing at a time like this,” DiBella said.

“This is not a time where edicts or pronouncements are appropriate, or the answers are readily available. It is, however, a time for a call to action.

“While we don’t have the answers, we certainly know many of the questions, have the means to answer them, and have the opportunity to respond responsibly and accordingly and make boxing safer for all who participate.” – Rappler.com