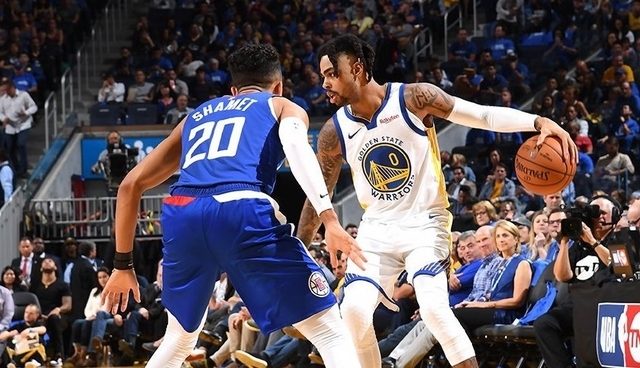 MANILA, Philippines – D’Angelo Russell has his eyes set on polishing his game as he looks to make a big impact for the Golden State Warriors following his exit from the Brooklyn Nets in the offseason.

“Going from game to game, you definitely look at things you could do better at,” Russell said as he joins two of the best guards in the league in Steph Curry and Klay Thompson.

“In general, I’ve always just wanted to be better and apply myself better going into this new year. I just want to apply myself every possession.”

Russell is also taking notes from Draymond Green, long considered the Warriors’ glue guy during their 5 straight trips to the NBA Finals.

“He’s a vocal guy so any time he sees or senses anything, he speaks about it,” Russell said of Green. “I think that alone helps me.”

Russell did not disappoint in his Warriors debut, finishing with 20 points and 8 assists, although in a 122-141 blowout loss to the Los Angeles Clippers on Thursday, October 24 (Friday, October 25, Philippine time).

With Thompson likely to miss the year due to a knee injury, Russell is expected to put up big numbers as the season progresses. – Rappler.com