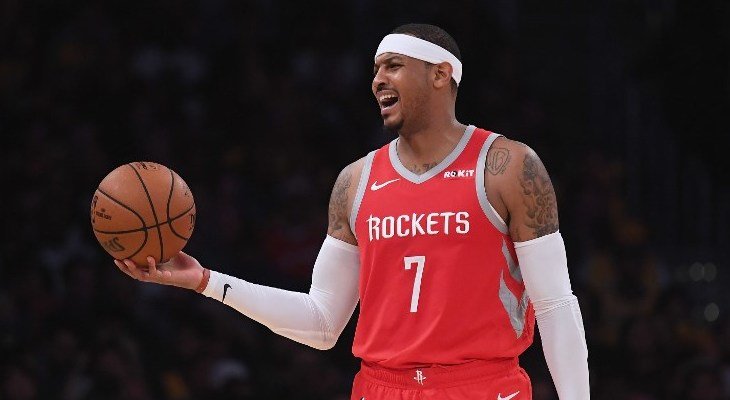 LOS ANGELES, USA – Carmelo Anthony, who hasn’t played in over a year since being dumped by the Houston Rockets, has signed a contract with the last place Portland Trail Blazers, US media reported Thursday, November 14.

Anthony started just two games and played parts of 8 other contests with Houston before being cut and eventually traded to the Chicago Bulls in January 2019.

Anthony never played a game for the Bulls, who waived him through the league a month later.

The struggling Trail Blazers have lost two straight and are in last place in the Pacific Division with a 4-8 record.

This would be the Anthony’s fifth team since 2016 as he tries to rekindle some of the form that earned him the league scoring title in 2012-2013 and won him 3 Olympic gold medals with the United States men’s team.

Anthony has 25,551 career points, a figure that trails only LeBron James’ 32,806 among active players.

The Blazers have a field-goal percentage of .441 this season which is 23rd best in the league.

Portland’s next game is Saturday at San Antonio, the start of a six-game road trip. – Rappler.com