Baldwin glad to be proven wrong by Ateneo seniors core 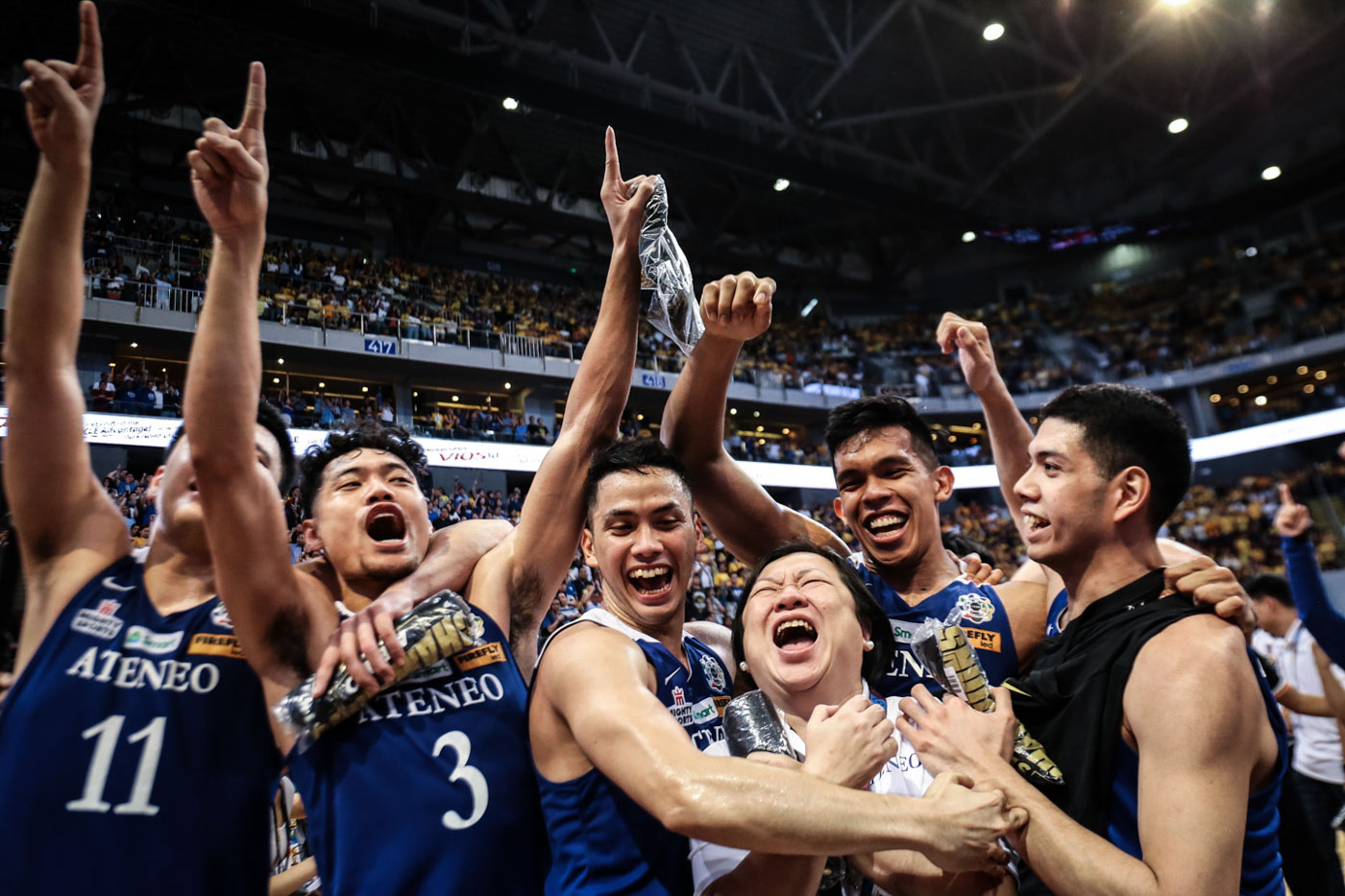 MANILA, Philippines – Tab Baldwin’s time in the UAAP has been synonymous with one fact: winning with the Ateneo Blue Eagles.

And throughout those years, he has won a total of 3 straight championships over a four-year span with the same core group of players: Thirdy Ravena, Adrian Wong, Isaac Go and the Nieto twins Matt and Mike.

No one could have guessed it now, but there was actually a time when the former national team coach didn’t think too highly of his wards.

“If you remember in the beginning there was a whole bunch of other guys there – CJ Perez, Koko Pingoy and Hubert Cani,” Baldwin said after completing an unprecedented 16-0 sweep of Season 82 men’s basketball.

“There were these guys in the beginning and of course we had that exodus. I was left with these guys. What they are now, I didn’t see it.”

“I’ll be honest. I didn’t see it,” he continued. “I knew they were good, young men. I didn’t doubt that they could be champions but it wasn’t evident even though some of these guys had championship pedigrees from high school. Things like that. It wasn’t evident.”

“But there’s not a person in the Philippines now that follows basketball [who] can’t say they’re looking at 5 champions.”

Through the leadership of his 5 stars, Baldwin whipped individuals into system cogs which proved absolutely vital in lifting Ateneo into a league of its own in the UAAP.

“I truly mean it when I say, when I came here 4 years ago as a coach, as a human being, there were a lot more holes in me than there are today. And I can’t say anything better because these 5 guys filled a lot of those holes. And so for that, I thank them.”

“I honor them. I love them. There will always be a place at my dinner table for them under any circumstances. These guys are my friends for life. And I thank the Lord for that. I thank Ateneo for that too.”

Obviously, the feeling is mutual from the graduating fivesome, as they each showered their tactician with hugs and sweet words in the presser after that litany.

Although Baldwin is fully capable of picking up where his seniors left off, he admitted that it would be a struggle for him and his staff.

“I thank you, to each and every one of you guys. You’re all special. You’ve brought something incredibly special to this team and you will be a gigantic hole to fill,” he said.

“Of course we will work hard in filling it. And they know they better come back and see us and even train with us and we’ll get them in shape.”