Nov 21, 2019 11:50 AM PHT
Agence France-Presse
Facebook Twitter Copy URL
Copied
Paul Gasol says he still has the 'same excitement and passion for the game' and the Trail Blazers’ offer of a coaching role would just be a stopgap 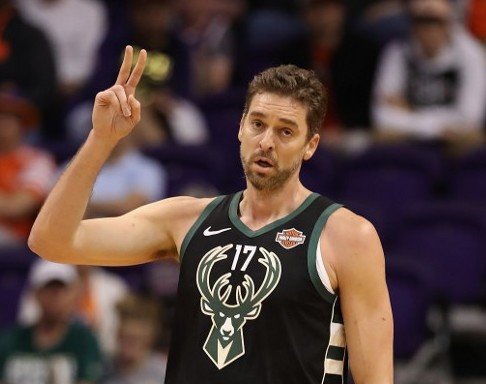 LOS ANGELES, USA – Two-time NBA champion Pau Gasol said Wednesday, November 20 (Thursday, November 21, Philippine time) he’s been waived by the Portland Trail Blazers, who inked him to a one-year contract before the season in hopes he would be able to return from a left foot injury.

“As of today, I will no longer be a member of the @TrailBlazers player roster, so I can focus all of my energy on my rehabilitation,” the 39-year-old Spaniard said on Twitter.

ESPN reported that Gasol and the Trail Blazers were discussing details of a coaching role for the future Hall of Famer, but in a video posted on Twitter Gasol said such a job would be a stopgap, and his aim remained to regain his fitness and resume his playing career.

“I have the same excitement and passion for the game of basketball that I had when I first started playing,” Gasol said. “And I will work as hard as I can on my recovery with a clear goal in mind: to get healthy in order to play the game that I love.”

Gasol, the third overall selection in the 2001 draft, has played 18 seasons in the NBA, winning titles with the Los Angeles Lakers in 2009 and 2010 and earning 6 All-Star nods.

In 2018-2019, he was limited to 30 games in a season split between the San Antonio Spurs and Milwaukee Bucks. In May he had surgery to repair a stress fracture in his left foot, and he signed with the Blazers as a free agent in July.

Gasol noted in his video that the original timeline for his return ranged from six to 12 months. He said a recent evaluation showed he still had a long way to go in his rehabilitation and the decision to waive him would give the Trail Blazers more roster flexibility. – Rappler.com