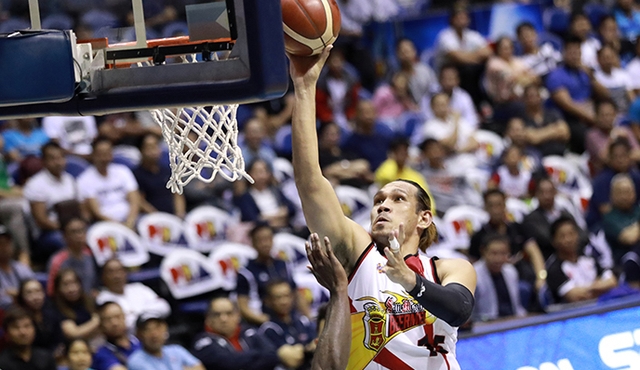 MANILA, Philippines – San Miguel star center June Mar Fajardo is set to extend his record of Best Player of the Conference plums as he leads the race for the coveted award in the 2019 PBA Governors’ Cup.

Fajardo holds a slight edge over contenders CJ Perez of Columbian, Kiefer Ravena of NLEX, Roger Pogoy of TNT, and Raymond Almazan of Meralco after the elimination round of the season-ending conference.

No other player in PBA history has more than 5.

Perez continued to make a splash in his rookie season with 37.2 SPs, while Ravena (36.1), Pogoy (35.3) and Almazan (33.8) seek to narrow the gap with their teams toting a twice-to-beat bonus in the quarterfinals.

Unfortunately for Perez, though, his bid for the award may have ended with Columbian failing to reach the playoffs.

On the other hand, Fajardo has to help San Miguel overcome a twice-to-beat disadvantage against Barangay Ginebra to maintain his lead in the race.

In the Best Import of the Conference derby, TNT reinforcement KJ McDaniels is the frontrunner with 62.1 SPs behind his averages of 37.1 points, 13.9 rebounds, 5.2 assists, 3.5 blocks, and 1.6 steals.