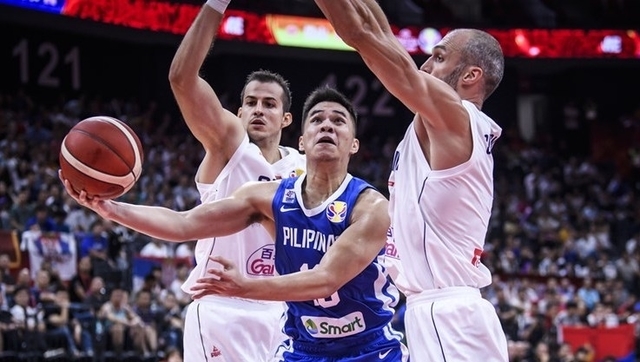 MANILA, Philippines – Coach Tim Cone and the rest of his Gilas Pilipinas coaching staff have yet to decide on who will replace Roger Pogoy in the final 12-man lineup for the 2019 Southeast Asian Games.

First, Cone said they need to secure a medical release for Pogoy, who suffered a bulging disc on his back when TNT dethroned Magnolia in the PBA Governors’ Cup playoffs on Monday, November 25.

“We haven’t decided that, we don’t have to decide that until December 3rd. It will be a medical replacement,” said Cone as the Philippines battles Singapore on December 4 at the Mall of Asia Arena.

The injury leaves Gilas Pilipinas without one of its best two-way players in Pogoy – a major blow since the national team already lost Jayson Castro, who went down with a soleus muscle strain on his right calf.

Although Castro already returned to action in the PBA, he missed a month of practice with Gilas and has already been replaced by Kiefer Ravena.

“RR in my mind, was really our best two-way player in terms of offense and defense. He’s a great defender, a great shooter, and he can create his own shot,” Cone said of Pogoy.

Most likely, though, it will be Greg Slaughter, Scottie Thompson, or Art dela Cruz – the players cut from the 15-man pool – who will serve as replacement.

“At this point, it’s obviously going be Greg, Scottie, or Art because those are the guys that are here, and have been with us, and are doing the work, and know the system and everything,” Cone said.