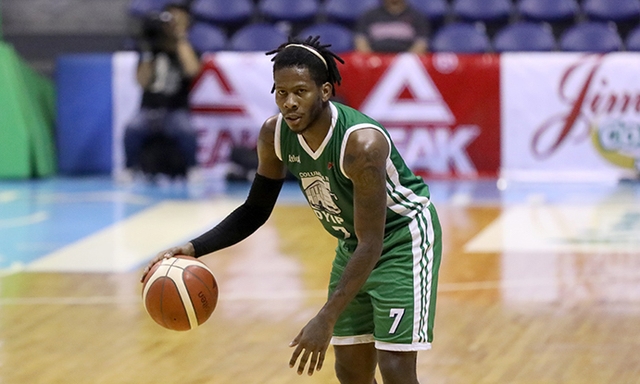 MANILA, Philippines – For the second straight season, Columbian will select the No. 1 pick  in the PBA Rookie Draft.

Columbian beat out Blackwater by a whisker for the top spot in the draft order, amassing 10.3 points after finishing 11th in the Commissioner’s Cup and 10th in the Philippine Cup and the Governors’ Cup.

Blackwater, meanwhile, garnered 10.2 points as it missed out on the chance of picking first for the first time since 2016 despite landing at 12th and last place in 2 of the 3 conferences.

The rankings in the Philippine Cup account for 40% of the points, while the Commissioner’s Cup and the Governors’ Cup are valued at 30% each.

Among those who have submitted their draft application are Ateneo’s Isaac Go, Mike and Matt Nieto, Vince Tolentino, and Adrian Ong, Letran’s Jerrick Balanza and Bonbon Batiller, and UE’s Rey Suerte.

Meanwhile, Thirdy Ravena – who led Ateneo to 3 straight UAAP championships and won Finals MVP in all of those title runs – has not submitted his application amid talks of him going No. 1.

Columbian nabbed CJ Perez as the top pick last season a year after trading the No. 1 pick to San Miguel, which was used to select Christian Standhardinger.

The deadline of application is at 5 pm on Friday, November 29. – Rappler.com