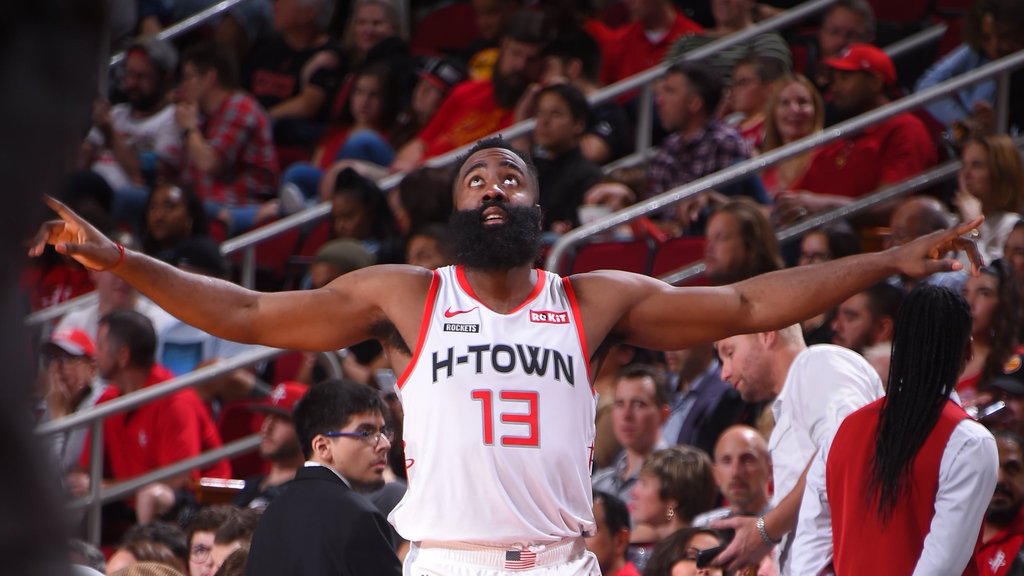 Harden finished with 60 points to reach the mark for the fourth time and tie Jordan. Only two players, Kobe Bryant (6) and Wilt Chamberlain (32) have more.

“That’s greatness right there. Those guys are something that I’m trying to get to,” said Harden, who finished one point shy of his career high of 61.

“Hopefully when I am done, I can be mentioned in that group forever.”

Harden made 16-of-24 field goal attempts, including 8-of-14 from three-point range, and connected on 20-of-23 free-throw attempts. He played just 31 minutes and also had 8 assists.

“It’s like everything else he does – unbelievable,” coach Mike D’Antoni said.

Harden’s 24 FGs are the fewest in a 60-point game in #NBA history! pic.twitter.com/Pveyi0vXSC

The two-time reigning league scoring champion came into the game averaging 37.7 points per game and has now scored 40 or more points 8 times.

His offense has been boosted this season by the addition of guard Russell Westbrook in the backcourt. Opponents have tried without success to slow him down by double-teaming him.

“What he’s doing has not been seen,” teammate Austin Rivers said. “My man had 60 and didn’t play the 4th quarter. Name another player who could do that right now.”

The Rockets have now won the past 4 games with the hapless Hawks, who are the last place team in their conference with just 4 wins in 20 games.

“We came locked in and we didn’t get a great start but we rode it out,” Harden said.

Elsewhere, Giannis Antetokounmpo scored 26 points as the Milwaukee Bucks breezed to their 11th consecutive victory with a 137-96 rout of the Charlotte Hornets.

Despite his superb performance, Antetokounmpo’s double-double streak to begin the season was halted at 19 games.

The reigning NBA Most Valuable Player finished just shy of the double-double with 9 rebounds and shot 11-of-19 from the field.

His was the longest such streak since Bill Walton recorded 34 straight in 1976-77.

The Eastern Conference-leading Bucks closed November with a record of 15-1.

The Hornets cut the deficit to 3 points early in the 2nd quarter but that was as close as they would get.

In Philadelphia, Joel Embiid had 32 points, 11 rebounds and nailed all 15 of his free throws as the Philadelphia 76ers edged the Indiana Pacers 119-116.

It was Embiid’s 12th double-double as the Sixers won their third in a row.

“I changed my mindset,” Embiid said. “I hadn’t been as aggressive, so I’ve been more aggressive creating contact and causing other people to foul me.”

Ben Simmons had 3 steals in the final 13.9 seconds to seal the win for the Sixers.

“I love being able to get steals and turn guys over,” said Simmons, who finished with 15 points and 13 assists. “I take pride in it and it gives us energy.” – Rappler.com