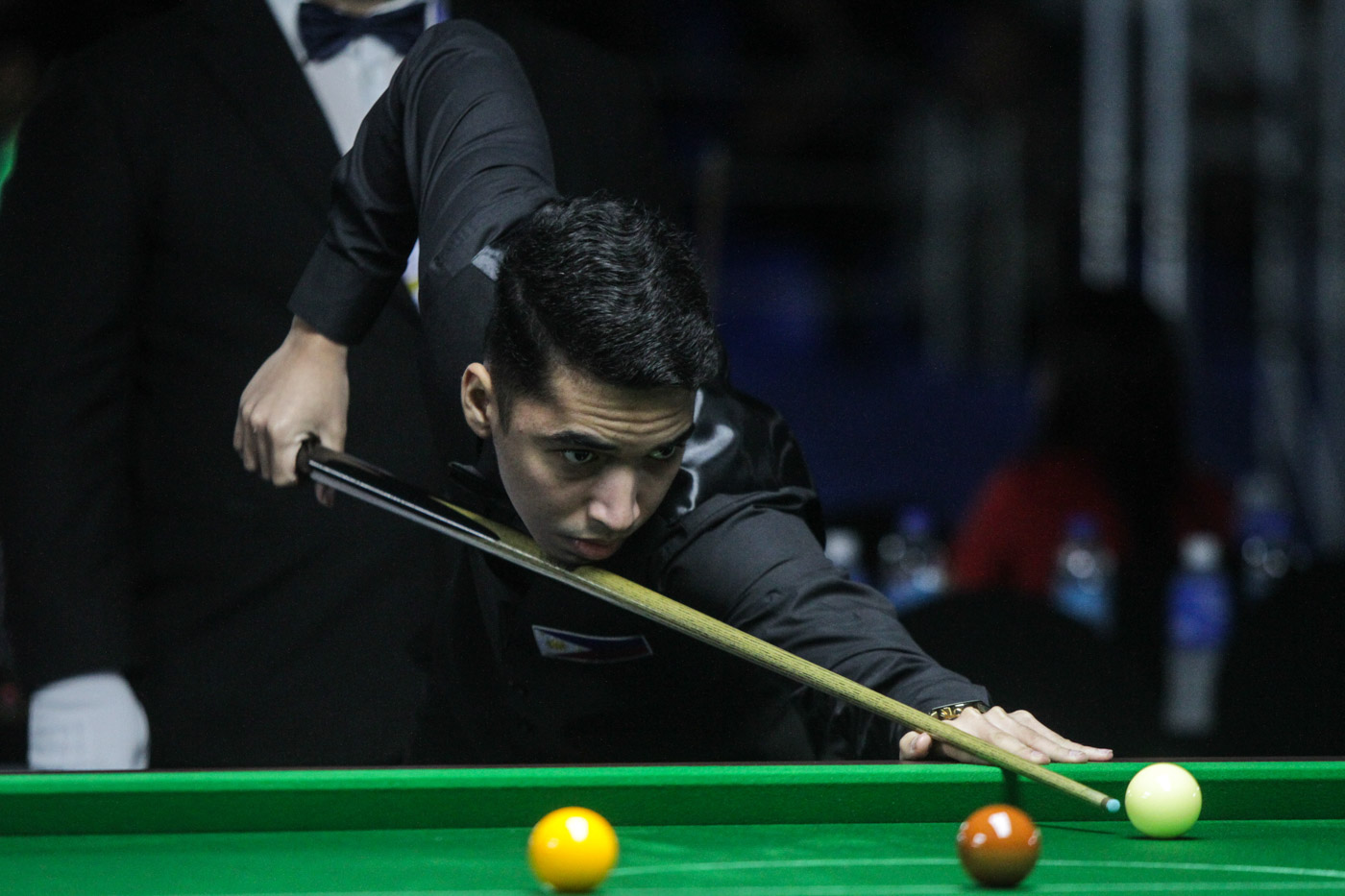 MANILA, Philippines – The country’s best and brightest pool athletes made their presence felt in emphatic fashion as the billiards and snooker tournaments in the 2019 Southeast Asian Games got going on Tuesday, December 3 at the Manila Hotel Tent.

Living up to their reputation as a powerhouse duo, former world champion Carlo Biado and 27-year-old prospect Johann Chua gave the Philippines its first taste of victory in the 9-ball men’s doubles to kick things off for the national team.

The Filipino cue artists defeated the Malaysian pair of Kok Jken Yung and Muhammad Almie in a race-to-9 duel of the tourney’s preliminaries.

It was a near-perfect performance by the two as they silenced their counterparts and claimed the first 3 racks of the contest, but it did not prevent them from encountering minor hiccups that the Malaysians capitalized to put them on board.

After Yung and Almie cleared the table in the seventh set to take their second rack of the game, Biado and Chua did not look back and closed out the match with a 9-2 triumph, punching their ticket to the quarterfinal round.

“I love how we played against Malaysia. It seemed to be their off night, and personally, I was surprised” Biado said in Filipino.

“Both of us just took advantage of it. We a re just happy to get the win to start the tournament.”

The winning trend continued later in the afternoon as seasoned veteran Warren Kiamco and his partner Jeffrey Ignacio effortlessly routed the Malaysian twosome of Darryl Chia Soo Yew and Ibrahim Bin Amir with a 9-3 conquest to join Biado and Chua in the knockout quarterfinal stage.

In the late quarterfinal matches, the pair of Filipino representatives were tested to their limits before they could book semifinal seats.

Biado and Chua had to shrug off an early equalizer by the Indonesian tandem of Jefry Zen and Irsal Afrinneza Nasution before they pulled away with a 9-3 drubbing to secure a spot in the Final Four.

It was a stark contrast in the other quarterfinal bracket as Kiamco and Ignacio experienced a neck-and-neck battle with Brunei’s Ahmad Taufiq Murni and Muhammad Azim Abu Bakar.

Both pairs scored rack after rack for the entirety of the race-to-9 game, but Kiamco and Ignacio never wilted and finally claimed victory in the 17th set to beat their opponents, 9-8.

“It was a cardiac game, but luckily, we got the win. It’s time to rest and prepare for tomorrow’s game. Hopefully, we can get a gold medal game tomorrow for the Philippines,” Kiamco stated.