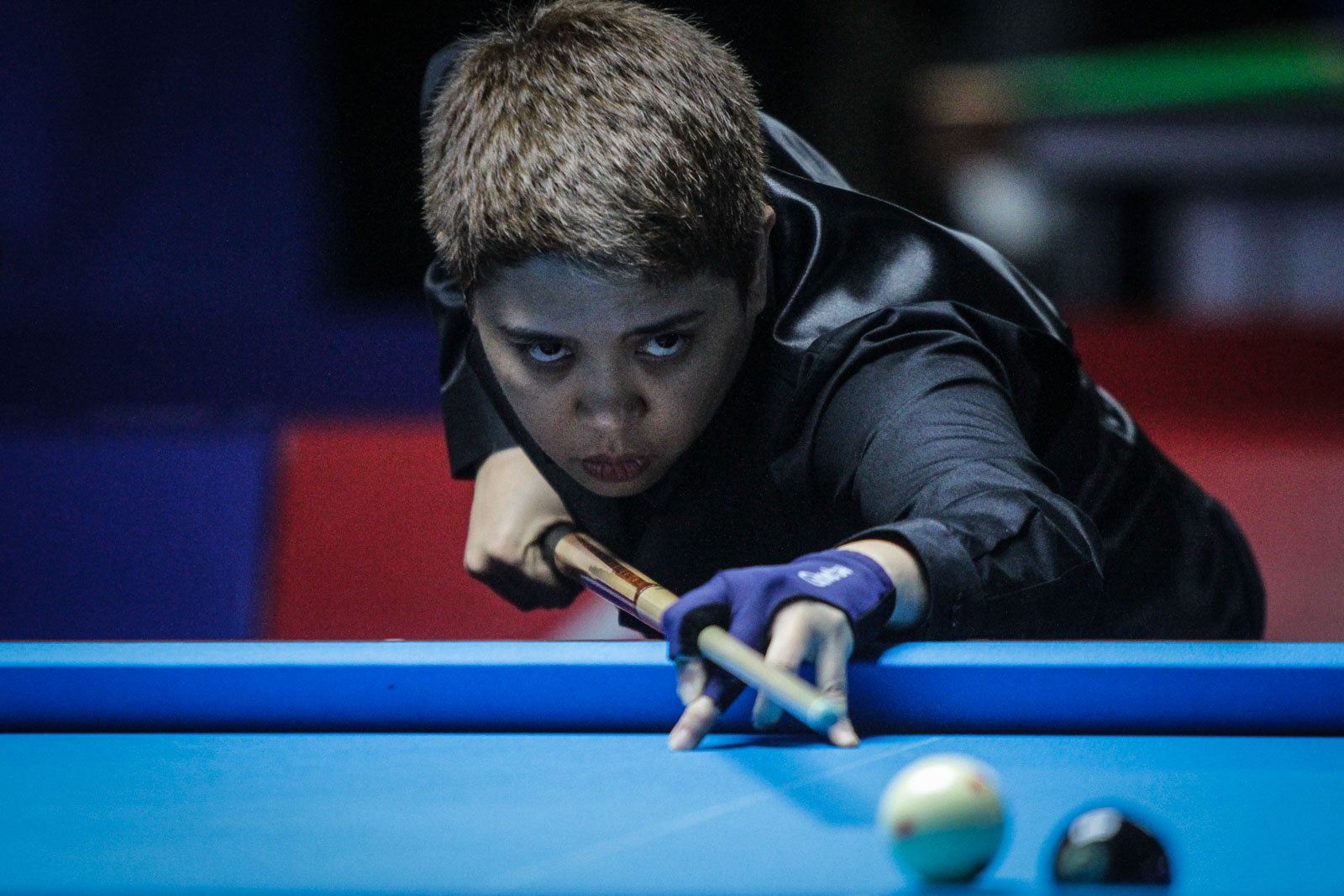 Dennis Orcollo, known as the Philippines’ money-game king, turned in a masterful performance and  Carlo Biado also regained his winning form in the 10-ball singles event on Thursday, December 5 at the Manila Hotel Tent.

Orcollo, the 2013 SEA Games gold medalist, immediately asserted his authority and experience from the get-go, winning the first 3 straight tables against Brunei’s Muhammad Azim Abu Bakar in a race-to-9 match for a spot in the 10-ball quarterfinals.

Although Abu Bakar managed to trim the Filipino’s lead by one rack in the process, Orcollo pulled away from the 6th set to extend the gap.

Abu Bakar tried to delay Orcollo’s moment of getting his hand raised in triumph by claiming two more racks, but the Filipino cue master wrapped it up in the 13th set to advance in the competition’s Elite Eight.

With the intent to redeem himself after bowing out of the 9-ball men’s doubles with Johann Chua on Wednesday,  Biado defeated Malaysia’s Darryl Chia with a 9-4 triumph in the 10-ball singles event.

Biado dictated the pace in the first two sets and even if Chua managed to equalize in the next two, the Filipino throttled to break away from the clutches of the Malaysian, leading by two racks.

The 2017 9-ball world champion enjoyed his momentum in his succeeding table-clearing exploits to lock in a quarterfinals date.

Meanwhile, the duo of Alvin Barbero and Jefrey Roda secured the Philippines its first gold-medal match in the ongoing competition, defeating the Burmese tandem Htet Ko and Lin Thet Min in the snooker men’s doubles.

Barbero and Roda swept the best-of-5 frames, 3-0, to become the first Filipino snooker players in SEA Games history to reach the finals. They will play for the top prize on Friday, December 6 at the same venue.

In English Billiards, Luis Saberdo fell short to Vietnam’s Tran Le Anh Tuan, 3-2, after leading by two frames to start their best-of-5 encounter in the qualifiers.