Dec 7, 2019 6:25 PM PHT
Beatrice Go
Facebook Twitter Copy URL
Copied
Just hours after resetting the Southeast Asian Games 200m record, Kristina Knott does it again and even picks up a gold for the Philippines this time 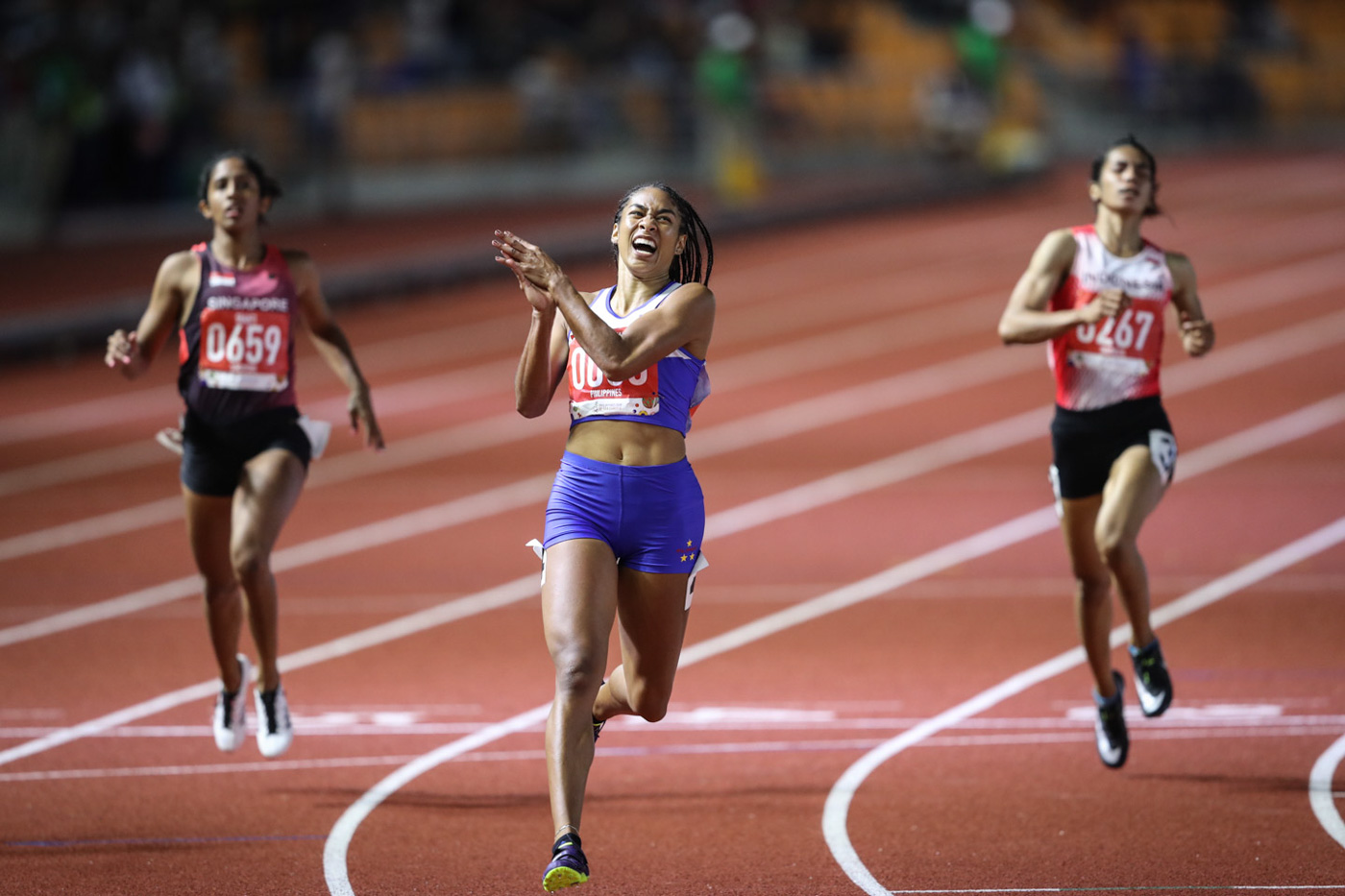 But even after the historic run, Knott revealed she was actually gunning to meet the Olympic qualifying standard time of 22.80s.

“I wasn’t focused on anybody else, I was trying to run against the clock, but it beat me,” said a disappointed Knott.