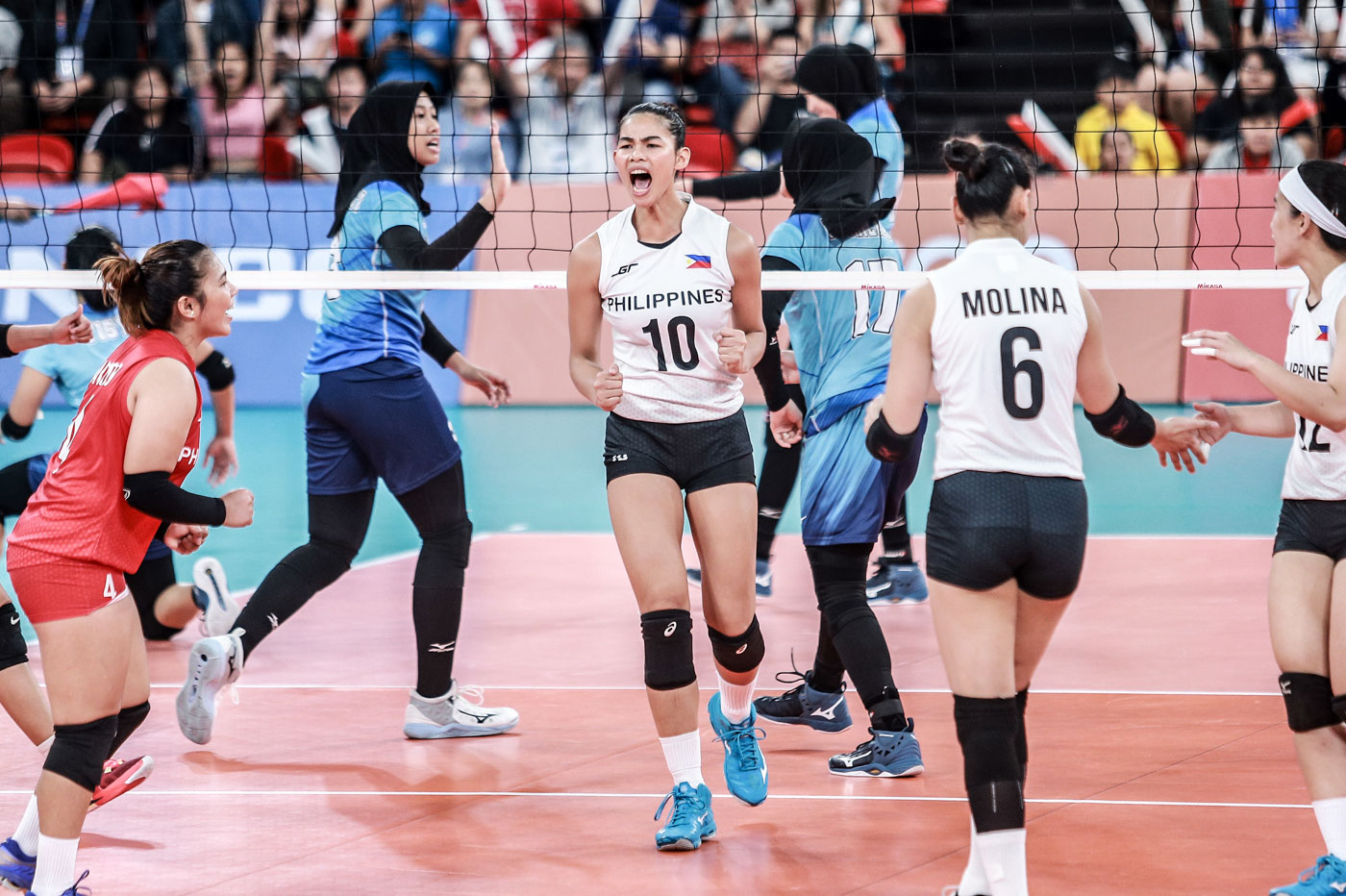 The game ultimately served as a preview before both teams square off again for the bronze medal on Monday, December 9.

(Of course, we feel like we wasted a chance because we got the 1st set. We always led in the 2nd and 3rd, but what matters here is the endgame, and how we sustain our game from start to end. That’s a lapse that we noticed. That’s a common problem we need to solve.)

Alyssa Valdez was used sparingly due to stomach problems and had 2 points in the sorry loss.

After an impressive start, the Filipina spikers looked well on their way to a commanding two-set lead after a 20-15 advantage in the 2nd, but the Indonesians managed to gain set point, 25-24, after a massive 11-4 run.

Through a heated sequence that involved a successful challenge, an Indonesian service error and a Ces Molina hit, the Philippines actually managed to eke out a 26-25 set point in response. However, the reigning SEA Games silver medalists still stole the set with a 3-0 blitz.

It was practically the same story in the 3rd frame as the Filipinas ran out to a 20-17 lead thanks to the stellar play of SEA Games first-timer Eya Laure. However, the team again gave up a 6-1 run as the Indonesians ran away with their second straight set.

The 4th frame was then practically a no-contest as Indonesia burst out to a 20-9 lead and never looked back. – Rappler.com