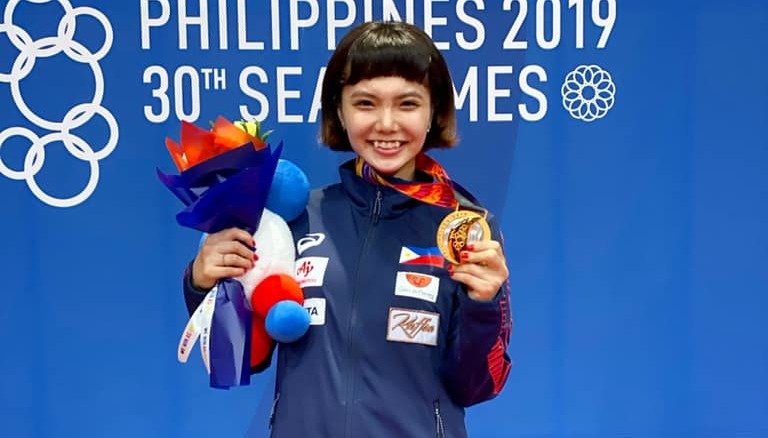 “Thank you so much for supporting and cheering me today. I’m really happy to win a gold medal at the second SEA Games in my country.  But now I’m very sad, even [if] I have a gold medal,” wrote Tsukii in a Facebook post.

During the team meeting, Turkish head coach Okay Arpa ignored Tsukii’s golden performance as he heaped praise on the other national karatekas.

The incident prompted the Filipino-Japanese star to confront Arpa, noting that she “couldn’t stand being bullied in front of everyone.”

“And after we finished talking about tomorrow’s schedule, he asked everyone if there were any questions. So I asked him why you didn’t call my name even if I played today,” Tsukii told Rappler.

“And he said: ‘I don’t say the reason in front of the team.  Do not disturb the team. You are negative.”

In a recording obtained by Rappler, Tsukii asked Arpa why he didn’t call her name. She argued that she wanted respect, as a Philippine national athlete, even if it’s just recognizing her golden performance.

Despite feeling hurt, Tsukii remains determined to continue training and representing the Philippines as she vies for an Olympic berth.

“I swear that I always fought for my country. And I am not dead, I am alive. Please stop hurting [me],” Tsukii said in her post.

Tsukii said Arpa started shunning her when she joined Joint Training and competed in the World Karate Federation Premier League in Madrid last November 29, a decision she found crucial in her bid to qualify for the Tokyo 2020 Olympics.

The national karate association – in a letter written by Karate Pilipinas Inc (KPI) president Richard Lim dated on November 16, 2019 – had initially barred Tsukii from participating in these events, citing that the coaches feared it will compromise her health heading into the SEA Games.

The federation considered Tsukii’s decision to continue vying for an Olympic spot as a personal interest.

“Obviously, we will never allow selfish interests to take precedence over and above the interests of the country and of the Federation,” the letter said.

“May we remind you that it is our duty and obligation to participate in the SEA Games over and above all tournaments, and to deliver the best results that will make our country and her people proud.”

Tsukii replied to Lim in a letter dated November 20, 2019, to explain that the exposure from international karatekas will boost her bid for the SEA Games gold instead.

“I could see no better way to do so but to attend the Joint Training with the Spain Karate Foundation and my subsequent participation in the Premier League,” Tsukii wrote.

“As it currently stands, I can only train with one other member of the national team in the Philippines, who belongs to the same weight class or division.”

According to Tsukii, she is still in the running for an Olympic slot as she needs two podium finishes in the remaining 6 tournaments to boost her ranking and qualify for the quadrennial meet. – Rappler.com