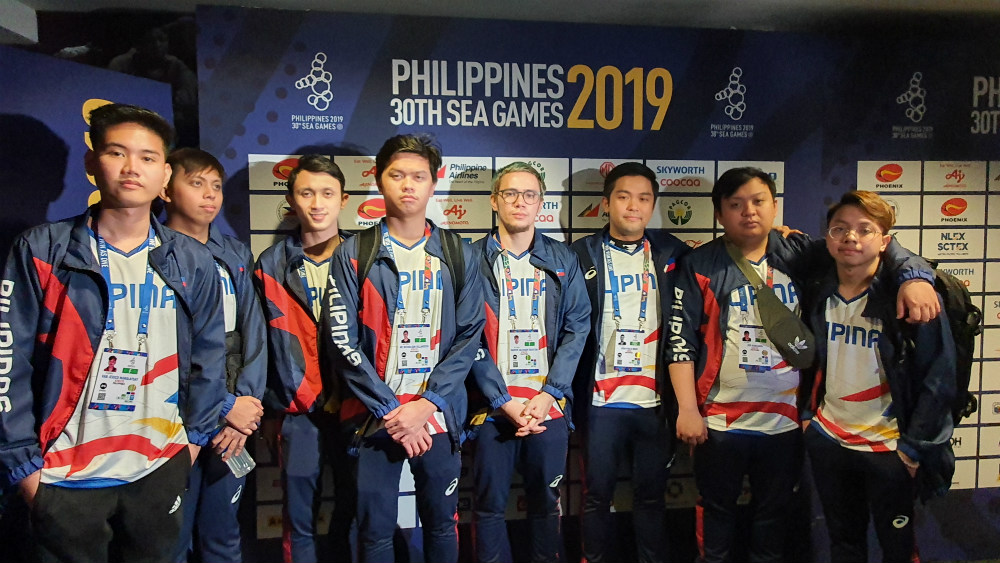 MANILA, Philippines – The Philippine Dota 2 team reached the championship round after defeating Vietnam in the upper bracket finals, 2-0, in the 2019 Southeast Asian Games esports competition on Sunday, December 8 at the Filoil Flying V Centre in San Juan.

The victory assured the Philippine Sibol team of at least a silver medal.

The Filipino bets found themselves in a marathon Game 1 in their best-of-3 series that lasted more than 70 minutes, eventually outlasting Vietnam.

Game 2 was far shorter, with Vietnam never really threatening the Philippines at any point.

The Philippine team may face one of the 3 contingents still in contention: Thailand, Laos, and Vietnam.

Vietnam automatically fell to the lower bracket finals after the loss to the Philippines where it awaits the winner of the Thailand-Laos semis. Of the 3, Vietnam remains the biggest threat according to Philippine Dota 2 player Marvin Rushton, also known by his in-game name Boomy.

The Philippines also defeated Laos in their group stage matchup, 2-0, but has yet to face Thailand.

Players from Arena of Valor and Hearthstone have bowed out while the Mobile Legends team competes on Sunday, December 8 in a bid to make the grand finals. The Tekken 7 tournament, on the other hand, takes place on Tuesday, December 10.