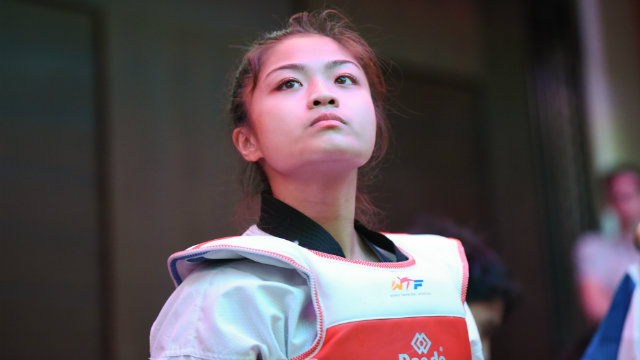 Annihilating her semifinal foe by 17 points, Lopez demonstrated the same dominant form against Cambodia’s Aliza Chhoeung in a 12-4 masterclass to rule the women’s featherweight class.

Lopez ended the first round up 4-0 and never looked back as she collected her second SEA Games gold medal and first since 2015.

“My parents were watching for the first time in 10 years. So I didn’t want to fail them. I know they prayed hard for my success,” said Lopez, who settled for the bronze in the 2017 edition in Malaysia.

A 24-8 lead after the second round was all Morrison needed to clinch his third straight gold medal in the biennial showpiece.

Dave Cea completed the Philippines’ 3 gold-medal haul of the day with a 10-0 start against Thailand’s Nutthawee Klompong en route to the 10-5 victory in the men’s lightweight finals.

The Philippine taekwondo team now has 7 gold and 8 silver medals after the poomsae squads raked in 4 golds and 4 silvers on the first day of competition on Saturday.  – Rappler.com