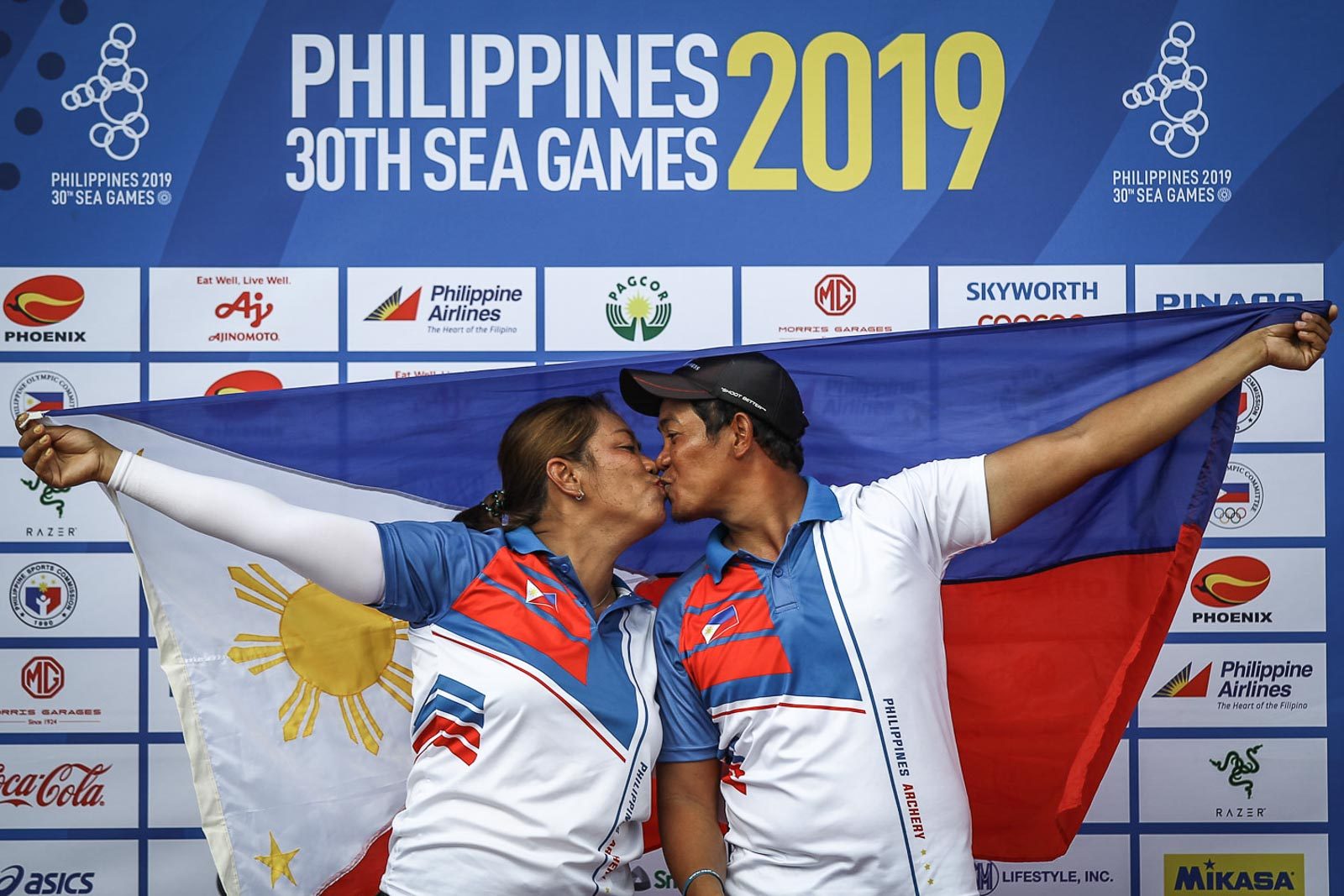 The couple closed out the 3rd end with a pair of 10s to narrowly win over the Vietnam duo of Chau Kieu Oanh and Nguyen Van Day, 148-147, in the final for the team’s lone gold medal.

(We were thinking that we are the last hope for both the recurve and the compound teams because when they didn’t medal, we were telling ourselves that we needed to win for everyone and for Philippine archery to bounce back.)

The Dela Cruzes, bucking a slow start and even Rachelle’s 7 in the 2nd end, took the lead after the 2nd frame.

“We stayed focused, kaya pa. Hangga’t may bala pa, naniniwala kami na may laban pa,” said Paul, who was inspired by his wife’s first 10 in the 2nd end.

(We stayed focused. We could still do it. As long as we still had chances, we believed that we could still fight.)

The Vietnamese pair came close to winning as they neared a perfect run with 3 10s and one 9-liner, but the Philippine couple mustered up the winning closeout.

(I was just thinking that I should shoot my target because we were trailing Vietnam. I just needed to aim and relax, then the Lord’s will be done when I release the arrow.)

Amid the joy of winning, the couple admitted no gold medal comes without sacrifices.

It was more challenging for the couple who had to leave their two sons behind while they traveled across the globe for training and international competitions.

(I was thinking that if we lose, we’d get a silver, but if we win, all the hard work would be worth it.)

The couple said they dedicated the win to World Archery Philippines chairman Jun Sevilla who supported them by providing them with housing and a training center.

Since the qualifying meets for the SEA Games were held out of town, the couple could not personally take care of their two sons, who had to be taken care of by other family members.

(I’m thankful to my sister who sacrificed the opportunity to apply for a job since she had to take care of my younger son.)

But they’re also glad they got to share their winning moment with their older son Iston, who watched them win a mint for the country. – Rappler.com