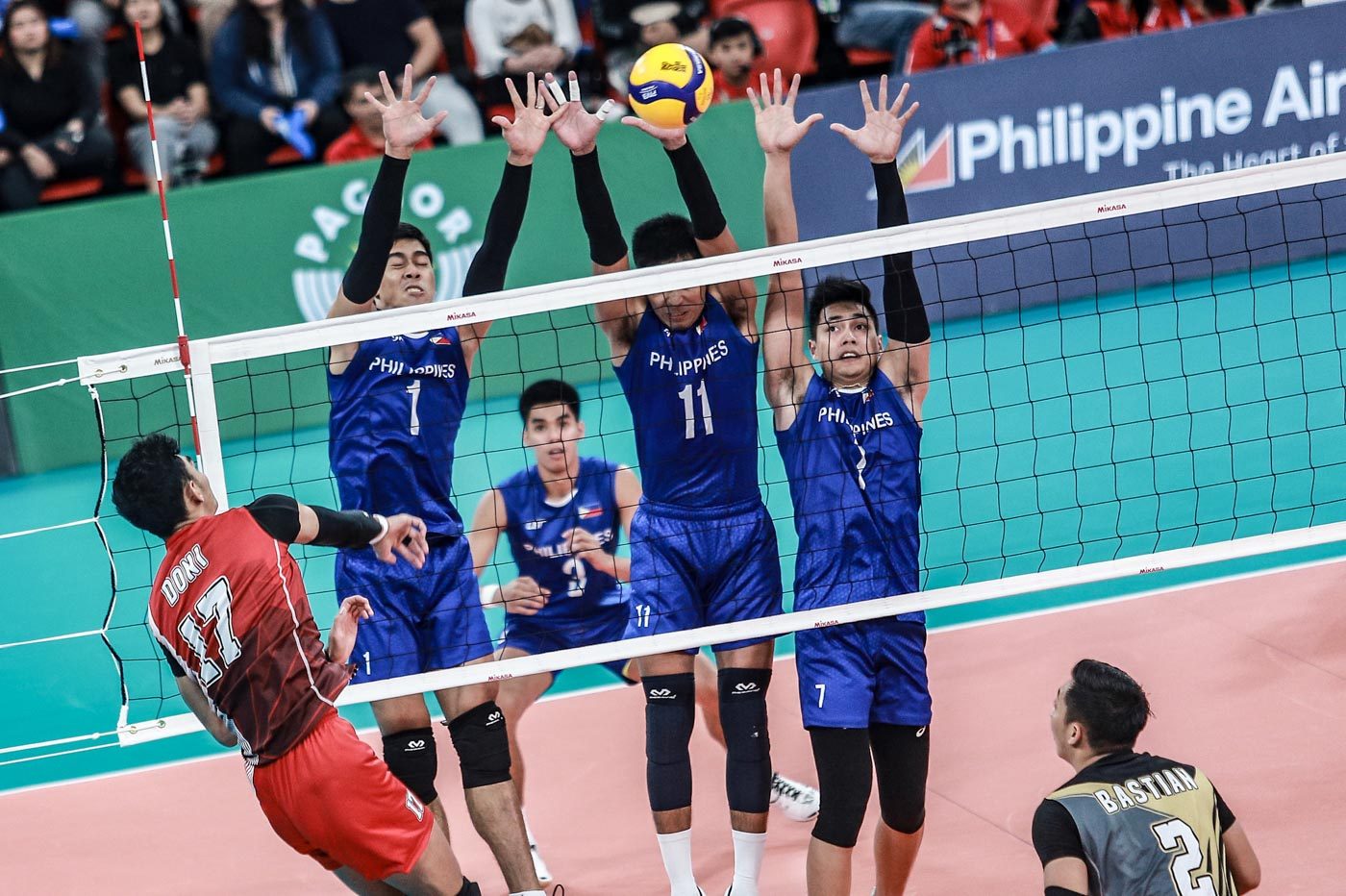 MANILA, Philippines – The Indonesian men’s national volleyball team completed its dominant 2019 Southeast Asian Games campaign with another straight-sets sweep over the Philippines, 25-21, 27-25, 25-17, for the gold medal win at the PhilSports Arena on Tuesday, December 10.

Although the Philippines settled for silver, the medal shone as bright as gold after closing out its best SEA Games campaign in 42 years.

It’s also the team’s first podium finish since the Philippines hosted the event in 2005.

The Indonesians were just a cut above the rest as they did not drop a single set in this edition of the biennial meet.

Marck Espejo and Bryan Bagunas led the way in the loss with 15 and 11 points, respectively, while Joshua Retamar added 4 markers and 20 excellent sets.

After giving up a 5-0 start to the undefeated Indonesians, the Filipino spikers ultimately fell, 21-25, in the opener.

However, the Nationals – who dethroned Thailand in the semifinals – fought tooth-and-nail in the following frame and got their biggest lead, 13-10, off a 4-0 run capped by a Kim Malabunga block.

Errors soon hounded the Philippines as Indonesia took a 19-18 lead off a Malabunga attack error.

Rivan Nurmulki then turned up the heat in the endgame as Indonesia closed out the 2nd, 27-25.

It was all Indonesia from there as it erected a 16-11 lead in the final frame off another Nurmulki spike. – Rappler.com