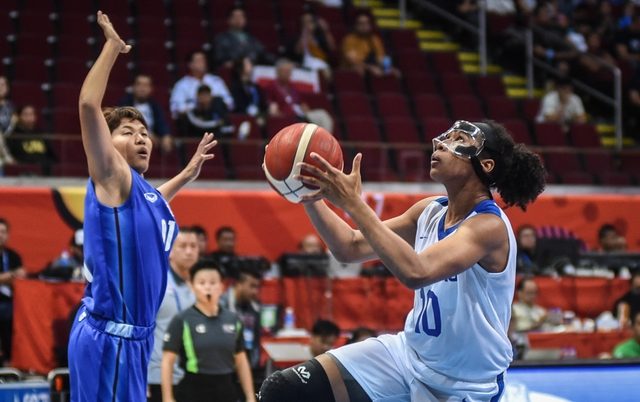 MANILA, Philippines – A professional league of their own.

That is the target for Gilas Pilipinas Women after crowning themselves the new queens of 5-on-5 basketball in the region with their maiden gold medal in the Southeast Asian Games on Tuesday, December 10.

Settling for back-to-back fourth-place finishes in the last two editions of the regional meet, Gilas Women finally broke through with a sweep of all their 3 games, including a 20-point demolition of Thailand.

“Hopefully, a sponsor will come in next year and help us out to have a league of their own for women’s basketball,” Gilas Women coach Pat Aquino said.

“I think they’ll be proud of it. These girls really work hard. There are no prima donnas. They’re going to play as hard as they can.”

Women’s basketball has long been overshadowed by the men’s game.

But in the virtual gold-medal match against Thailand, Gilas Women revelled in the same rowdy support their ever-popular male counterparts enjoy.

“[W]e were overwhelmingly favored to win this, so the fact that we did is not as big a story as the women stepping up and winning their first gold,” Cone said.

“I think that we can be a force in Asia, not just Southeast Asia. It’s just nice to see everybody get so excited about it,” Cone added.

Sure, the support was at a high during the SEA Games, but Aquino hopes it will continue for the months and years to come.

“[L]et’s not just let this pass by. Of course, everybody moves on after this. We’ll all focus on other things. But I wish we could, you know, achieve more by supporting us.” – Rappler.com