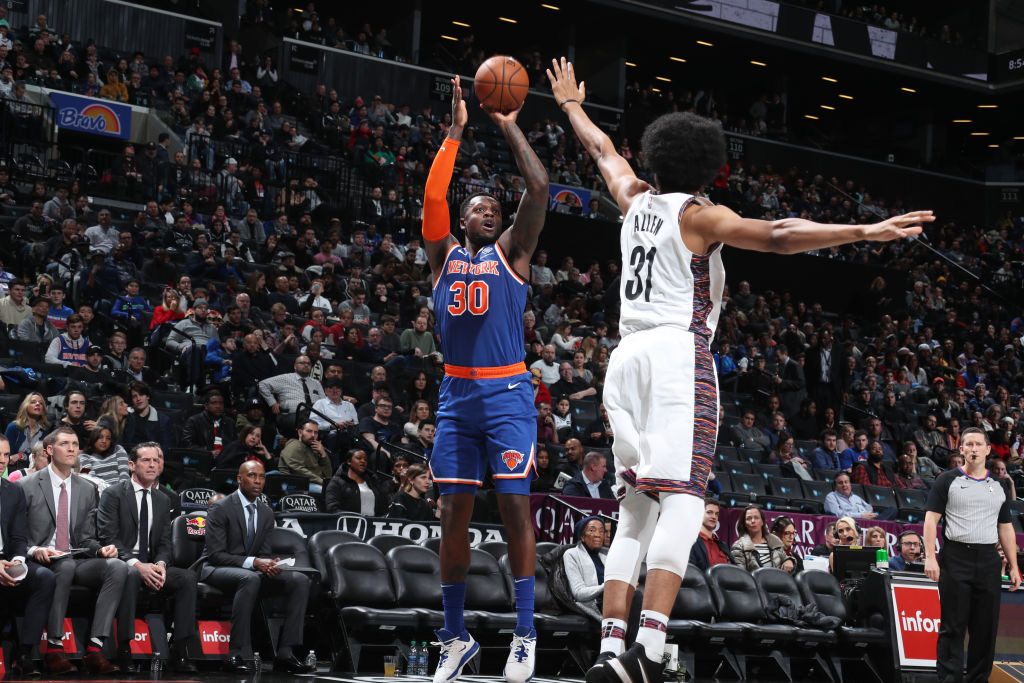 LOS ANGELES, USA –  Julius Randle drained a career-high five three-pointers on the way to 33 points to lead the New York Knicks to a 94-82 victory over the Brooklyn Nets in a cross-town clash at the Barclays Center on Thursday, December 26 (Friday, December 27, Philippine time).

Marcus Morris scored 22 points for the Knicks, who snapped a three-game skid with their first win over the Nets in 3 meetings this season.

Spencer Dinwiddie led the Nets with 25 points on 5-of-15 shooting.

Randle connected on 14-of-26 from the field for his second straight 30-point game.

The injury-depleted Nets connected on just 21-of-78 shots from the field.

Their 26.9% shooting was the worst in the league this year – worse than the 29.9% shooting performance of the Chicago Bulls against Toronto in November.

“We were just sharp,” Randle said. “To hold that team to 82 points, 14 points in the paint, is just really, really sharp.

“We grinded the whole way, played a complete basketball game and we got the win.”

Brooklyn star Kyrie Irving missed his 19th straight game as he continues to recover from a right shoulder injury, with Nets coach Kenny Atkinson offering little information on when he might return.

“I think we’re still in the rehab process,” Atkinson said, adding that he didn’t think Irving and the Nets had reached the point of contemplating surgery.

“We’re (in) on-court workout situation but the contact just hasn’t been cleared yet,” he said of Irving’s progress. “I think that’s the next hurdle. I wish I could tell you when that is.

“Hopefully sooner rather than later.”