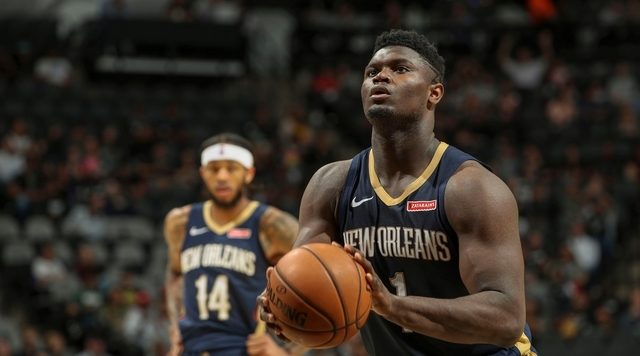 Griffin, the team’s vice president of basketball operations, anticipates Williamson will return from a right knee surgery on January 22 and play his first official NBA regular season game at home against San Antonio.

“Based on today’s practice, which was not terribly intense because we’re still somewhat of the walking wounded, we’re going to continue to try to get him some reps in practice,” Griffin said on Wednesday, January 15 (Thursday, January 16, Philippine time).

“We hope to have a slightly more intense practice from the 17th or 19th. If all goes well in that, and assuming he is cleared by then, which he is not quite yet, our anticipation is that he will play his first game on the 22nd at home against San Antonio.

“This process has been one that has been really, really good… He’s getting to the point where we think he’s actually as ready as he thinks he is, so everything is moving in the right direction.”

The 19-year-old American, the top pick in last year’s NBA Draft by the Pelicans after a season at Duke University, has not played since suffering a torn meniscus in his right knee on October 13 in a 123-114 preseason victory at San Antonio in which he scored 22 points and grabbed 10 rebounds.

Williamson underwent surgery to repair the damage 8 days later on the eve of the Pelicans’ NBA season opener at Toronto.

In 4 preseason games that created huge interest in his NBA potential, Williamson averaged 23.3 points and 6.5 rebounds while hitting 71.4% from the floor.  – Rappler.com