Lakers bounce back with victory over Knicks 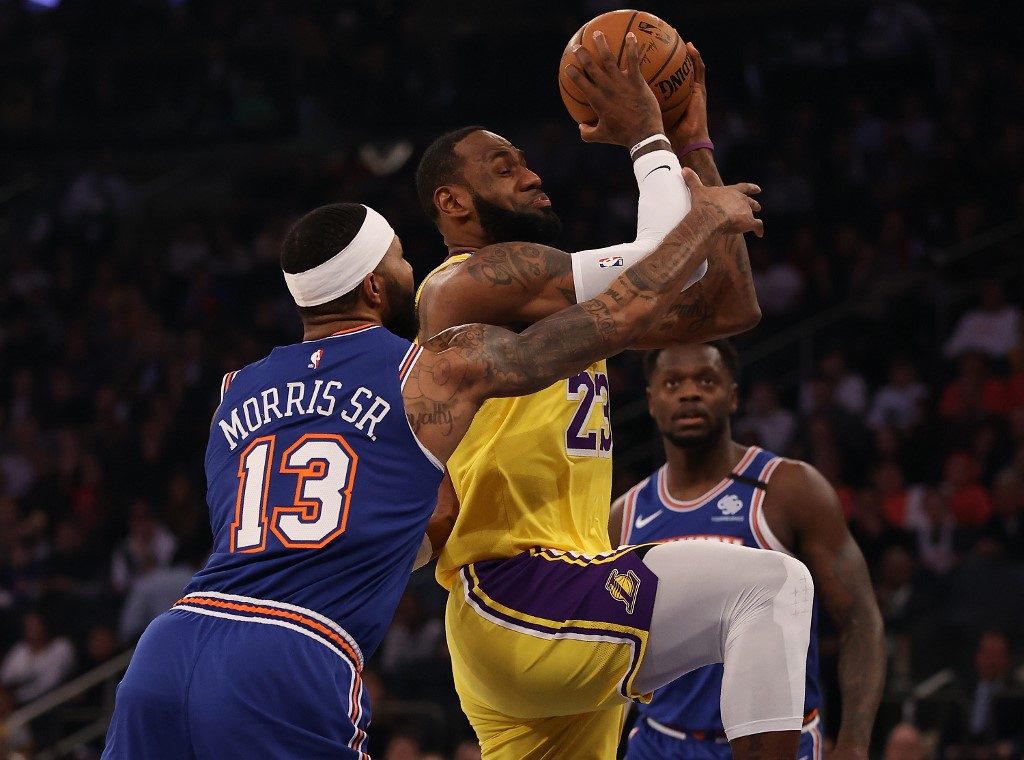 NEW YORK, USA – LeBron James started hot and Anthony Davis found his groove as the Los Angeles Lakers bounced back from an embarrassing loss to the Boston Celtics with a 100-92 win over the Knicks in New York on Wednesday, January 22 (Thursday, January 23, Philippine time).

James scored 19 of his 21 points in the first half and Davis scored 17 of his game-high 28 in the second, continuing to improve in his second game back from a five-game absence because of a bruised backside.

It was a welcome return to form for the NBA Western Conference leaders, who endured their worst defeat of the season on Monday in a 139-107 loss to the Celtics in Boston.

“Obviously the one in Boston we didn’t come to play at all, no way, shape or form,” Davis said. “We try not to lose two in a row, we bounced back tonight with a great win against a hungry team.

“When we do those things we’re a tough team to beat.”

Can’t spell And-1 without AD pic.twitter.com/ofPbOELOOs

The Lakers, who improved to 35-9, had 13 points from Kentavious Caldwell-Pope and 10 from Kyle Kuzma.

James connected on 8-of-10 shots in 17 minutes in the first half, but the Lakers were 48-48 at halftime against a Knicks team that is 3rd from bottom in the East.

Although he had a quiet second half in terms of scoring, James came up with 4 of his 5 steals after the break.

“It was a slow-paced game so defensive stops were very key to our success tonight,” James said. “I tried to start off the game being aggressive and I was able to get myself going. AD was able to facilitate down the stretch and it was good basketball.”