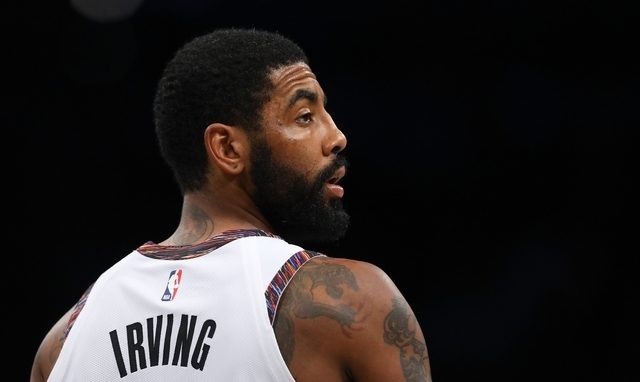 LOS ANGELES, USA – Kyrie Irving put on a scoring clinic and erupted for 45 points as the visiting Brooklyn Nets snapped a five-game losing skid with a 121-111 overtime victory over the Detroit Pistons.

Irving added 7 assists and 6 rebounds on Saturday, January 25 (Sunday, January 26, Manila time) in his highest scoring game since his Nets debut in October.

Jarrett Allen had 20 points, 15 rebounds, and 4 blocks, while Joe Harris tossed in 16 points for the Nets.

Derrick Rose, who has scored 20 or more points in 12 straight games, led Detroit with 27 points and 6 assists.

Drummond missed the previous two games after taking an elbow to the face against the Washington Wizards on Monday.

The Nets scored the first 6 points of overtime and Harris nailed a three-pointer with 2:40 remaining to seal the match.

Elsewhere, Rudy Gobert finished with 22 points as the Utah Jazz rallied to beat the Dallas Mavericks, 112-107.

Luka Doncic scored 25 points, Seth Curry added 19 points, and Kristaps Porzingis added 15 for the Mavericks, who are 1-2 in their last 3 after winning 4 straight. – Rappler.com