‘He was with me tonight’: Trae Young matches Kobe’s double-double record 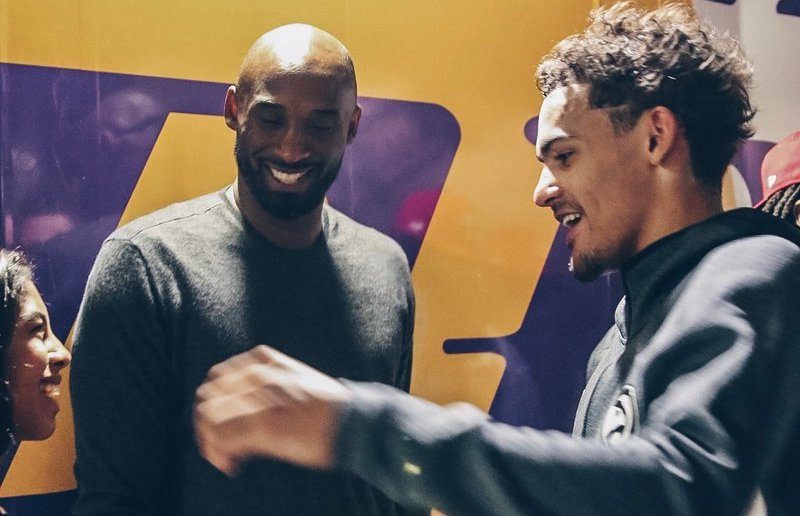 MANILA, Philippines – As the NBA games went on even as players mourn the shock death of Kobe Bryant, Atlanta Hawks stalwart Trae Young suited up in a No. 8 jersey and coincidentally matched an NBA record set by his late idol on Sunday, January 26 (Monday, January 27, Manila time).

Young erupted for 45 points and dished out 14 assists under 25 field goal attempts – a double-double feat that was last set by Bryant on December 17, 2006.

“Can’t make this up… He was with me tonight,” tweeted Young, who led Atlanta to a 152-133 win over the Washington Wizards.

Can’t make this up…
He was with me tonight https://t.co/uvse4bMpuK

That one was for you…

During the game, Young also hit a half-court buzzer-beater, which he also dedicated to the five-time NBA champion.

After starting the night off in Kobe Bryant's iconic No. 8, Trae knocks down a half-court buzzer-beater going into the half and appears to say it's for Kobe  pic.twitter.com/hXNkBcxwWe

In the post-game press conference, the Hawks point guard shared his last conversation with Bryant as the Lakers great wanted him to continue inspiring young kids like his daughter Gianna, who was also killed in the chopper crash.

“He was just telling me how much he has seen my game progress. Man, He’s just been happy for me,” said Young as he fought back tears.

“He was saying how proud he was of me and how he wants to see me be a role model for kids growing up and for Gigi and all the kids looking out to me, inspiring all these kids and to play my heart out. That’s one of the last things he said to me.”

The 21-year-old even revealed that Gianna told him that he was her favorite player to watch this season.

…This S*** can’t be real… this the first moment I was able to meet Gianna Maria, she’s been to only 3 games this year… 2 of them were mine… She told me I was her favorite player to watchI can’t believe this

Aside from showing it on court, Young also puts his words of gratitude for Bryant on social media.

“All the Lessons, All the Advice, Every word you ever told me… Will stick with me forever Thank You Kobe,” tweeted Young.