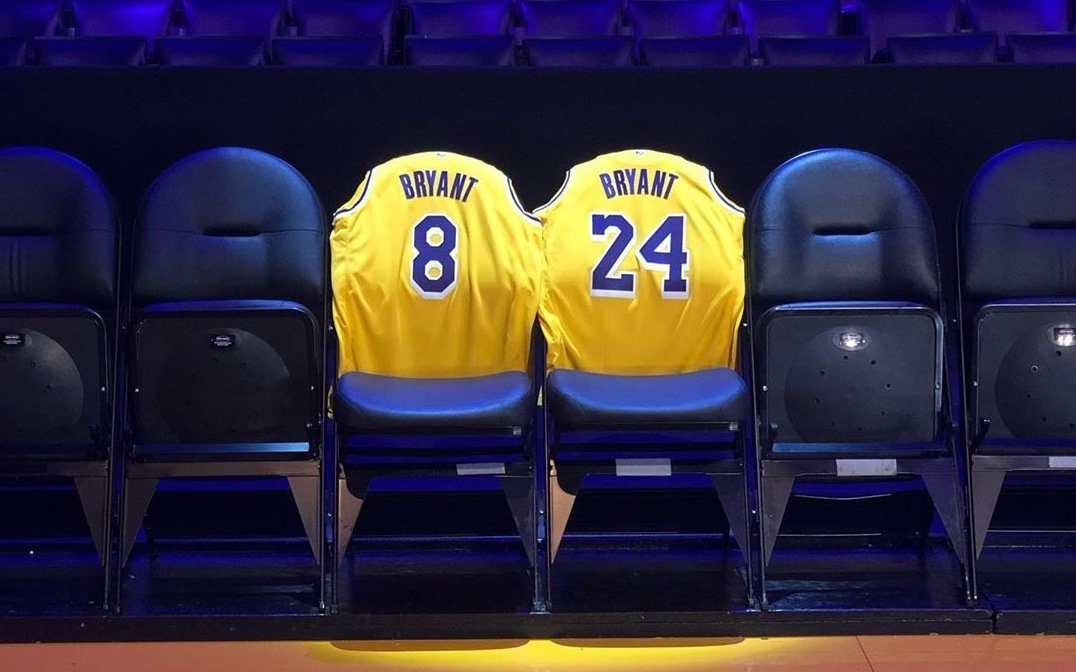 Superstars wept while sitting around center court, their raw emotions on display in an hour-long televised tribute to Los Angeles Lakers legend Bryant, who died Sunday at age 41 in a helicopter crash in a haunting moment for all.

“Haven’t felt a pain that sharp in a while,” said O’Neal, a teammate of Bryant on 3 championship teams. “It was sort of like a triple stabbing to the heart.

The Lakers’ game scheduled Tuesday against the Los Angeles Clippers was postponed by the league in the wake of Bryant’s death, which left players devastated and inspired heartbroken fans to build a shrine of items outside the arena to honor Bryant.

“This is a sad city right now,” said West, the 81-year-old former Lakers guard and executive who brought Bryant to LA at 17 and played a fatherly role.

“Saddest day of my life. I don’t know if I can get over this. I really don’t.”

“I haven’t felt a pain that sharp in a while.. it definitely changes me.”’@SHAQ on the loss of his brother, Kobe. pic.twitter.com/dM5i0DDgGK

Instead of a raucous crowd cheering on both local clubs, the arena was dark and silent and deep with sorrow.

“This is tough. I’m broken. I really am broken,” said retired guard Reggie Miller, who compared Bryant’s passing to that of Michael Jackson and Lady Diana.

“We’re in the middle of a shake moment – we’re all shook. These emotions, these tears, they are real, and in my lifetime there are only so many shake moments.”

Former Miami star guard Wade, who idolized Bryant even as he played against him, struggled to cope.

“I’ve been in shock for two days and this is the first moment where it feels real. I’m shaking. I’m numb,” Wade said.

“This is one of the greatest players to ever play and he’s reaching out to me, a younger player.”@DwyaneWade shares one of his favorite memories of Kobe. pic.twitter.com/QnqbOFzXku

The conversation became therapy for sad players and NBA fans, O’Neal at times in tears over words he longed to tell Bryant but never will.

“It just makes me think that in life, instead of holding back certain things, we should just do,” O’Neal said.

“It definitely changes me. I just have to take time to call and say I love you. Im going to try and do a better job of talking to people instead of procrastinating.”

“Shaq” only briefly noted the feud that kept him at odds with Bryant for years, but said Bryant was like his brother and added, “You’re going to have times when things don’t always go smooth, but the respect is always there.”

O’Neal recalled first meeting Bryant, when teen Kobe boldly predicted, “I’m going to be the best player in the world and off the court I’m going to be bigger than (actor) Will Smith.”

Barkley learned of Bryant’s death when he left a movie and turned on his cell phone to see 75 missed calls and 100 text messages.

“I clicked on CNN and I started crying. I’m not going to lie. I just started crying,” Barkley recalled. “He was part of my basketball fabric… he was like one of my kids. I just felt pain.

“I just feel sad. That’s all I can say. I felt like I lost a part of my family… it was an honor to watch him play.”

“We had no answer for No. 8 and No. 24.”@ReggieMillerTNT on facing the Black Mamba. pic.twitter.com/nT2JuT9zu4

Miller, whose only trip to the NBA Finals with Indiana ended with watching Bryant win his first title, and O’Neal hope to move from grief to celebrating.

“It’s time for us to celebrate this man,” O’Neal said. “We don’t have time to stop and slow down. We have to keep moving.”

“He always talked about this Mamba mentality. He didn’t have to create that, it was already there.”