It’s all Kobe for Paras 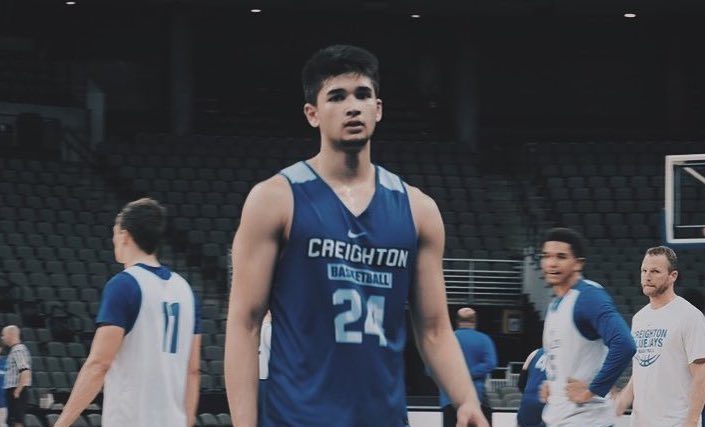 Facebook Twitter Copy URL
Copied
From his name to his number, UP Fighting Maroons star Kobe Paras remembers the impact of Kobe Bryant in his life

MANILA, Philippines – More than being named after the late Kobe Bryant, University of the Philippines (UP) star Kobe Paras revealed that the Lakers legend was the reason he wore a No. 24 jersey with the Creighton Bluejays.

“[You’re] the reason why I wore 24 [in] my freshman year … life is so unfair… #mambaforever,” wrote Paras in his Instagram story last Monday, January 27.

After withdrawing from University of California, Los Angeles (UCLA), Paras signed and played for NCAA Division 1 team Creighton as the first Filipino to join its basketball program in 2016.

Paras then transferred to Cal State Northridge, but did not finish his redshirt year and came back to the Philippines instead to play for the University of the Philippines, where his father and PBA legend Benjie Paras won the school’s lone championship in 1986.

As three-peat UAAP champion Ateneo swept the elimination round, the UP Fighting Maroons faced 4th seed University of Santo Tomas in the stepladder semifinals and lost their twice-to-beat advantage to the Aldin-Ayo led Tigers.

Bryant, 41, lost his life in a helicopter crash in Los Angeles on Sunday, along with his 13-year-old daughter Gianna and 7 other people.

His tragic death sent shockwaves all over the world and plunged fans into mourning. – Rappler.com