‘Hard to keep going’ as injured Durant mourns for Kobe 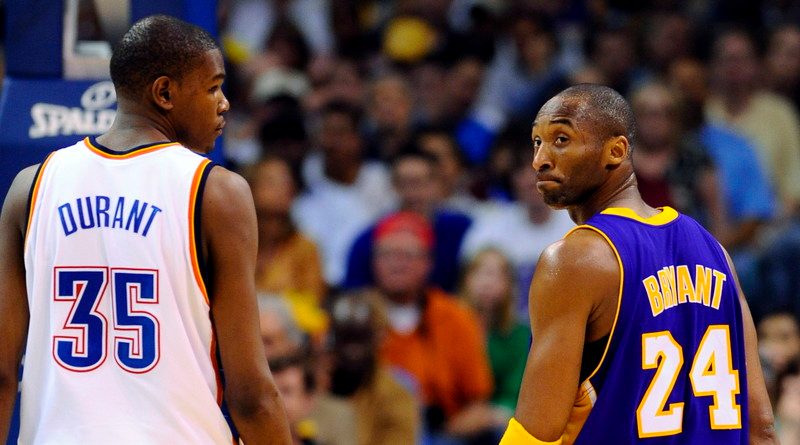 Bryant died Sunday at age 41 in a helicopter crash near Los Angeles, sending devastated NBA players and fans into grieving the loss of one of the game’s most iconic superstars.

“It’s hard to keep going right now,” Durant said. “But as a basketball community, as a world as a whole, I know we’re all just mourning and sticking together when it comes to this.”

Durant, who was the NBA Finals Most Valuable Player for the Golden State Warriors in their 2017 and 2018 championship runs, suffered a torn right Achilles tendon in last year’s NBA Finals for the Warriors and, after leaving for the Nets in the off-season, will miss the entire 2019-2020 campaign while recovering.

“It’s still hard to process this,” Durant said. “It’s a tragedy. It has made so many people in the world so sad.”

Asked how best to pay tribute to five-time NBA champion and 18-time NBA All-Star Bryant, Durant said that would mean “every basketball player go out there and play as hard as they can every night.”

But Durant admitted: “It feels like nothing will ever be big enough to truly honor Kobe Bryant.”

Durant was the second pick of the 2007 NBA Draft and had a full-court view of Bryant at the peak of his powers, leading the Lakers into the finals from 2007-2009 and taking titles the last two of those runs.

In all, Durant faced Bryant 25 times in regular-season games and split two playoff meetings while with the Seattle-Oklahoma City franchise.

Bryant and Durant were teammates on the US gold medal team at the 2012 London Olympics.

“Having an opportunity to compete against Kobe and be around him in the human space was a joy, and those emotions start coming out at once,” Durant said.

“It’s hard to comprehend all of this. Having that time and those moments with Kobe it was always about pressing forward and I think at this time it’s so hard to do so with just the amount of impact he had on all of us.

“As a competitor you hated playing against him. As a person you loved being around him.”

Nets guard Spencer Dinwiddie said he will give up jersey No. 8, one of the numbers used by Bryant in his Lakers’ career, and now wear 26.

Orlando guard Terrence Ross also said he will give up 8 for 31, the number he used until switching this season. – Rappler.com