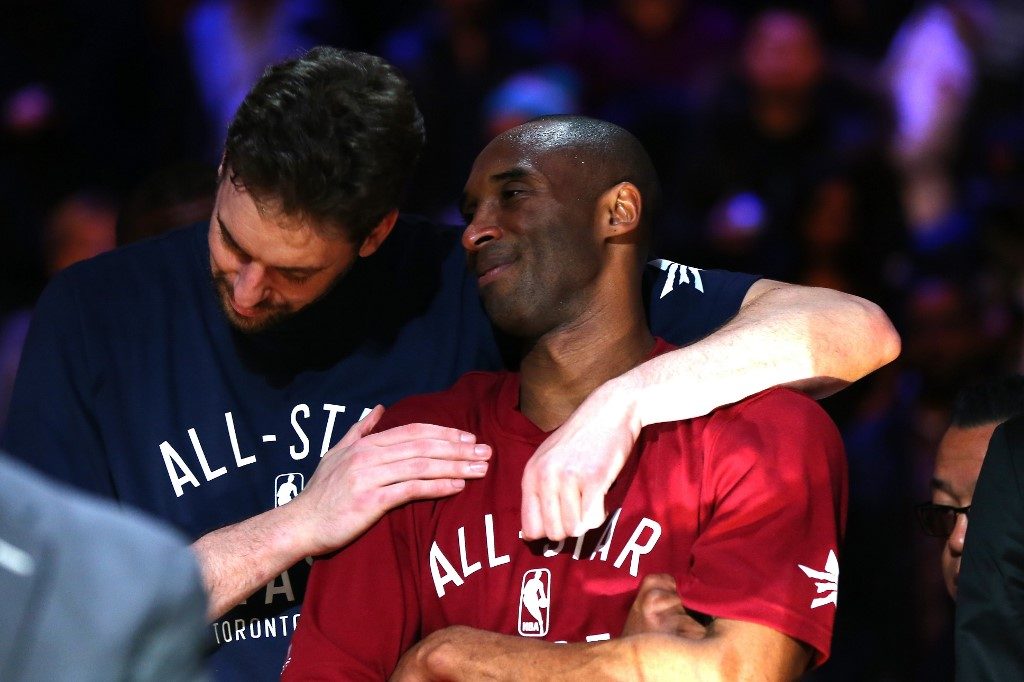 NEW YORK, USA – Kobe Bryant‘s jersey No. 24 will be honored at the NBA All-Star Game in February under a new format for the mid-season exhibition announced on Thursday, January 30 (Friday, January 31, Philippine time).

The NBA said every quarter of this year’s All-Star game will be a “mini-game” for charity with an untimed final period with a target score that will decide who wins.

Scores will be reset to 0-0 at the start of the 2nd and 3rd quarters, then restored to start the 4th.

Then a target score comes into play, with the first team to reach that number winning. The target will be the number of points scored by the leading team from the first 3 quarters, plus 24.

The NBA said the All-Star weekend in Chicago, capped by the game on February 16, will feature multiple tributes to Bryant, the five-time NBA champion who died in a helicopter crash on Sunday that also claimed the lives of his 13-year-old daughter Gianna and 7 other people.