Westbrook racks up 41 as Rockets edge Celtics in OT thriller 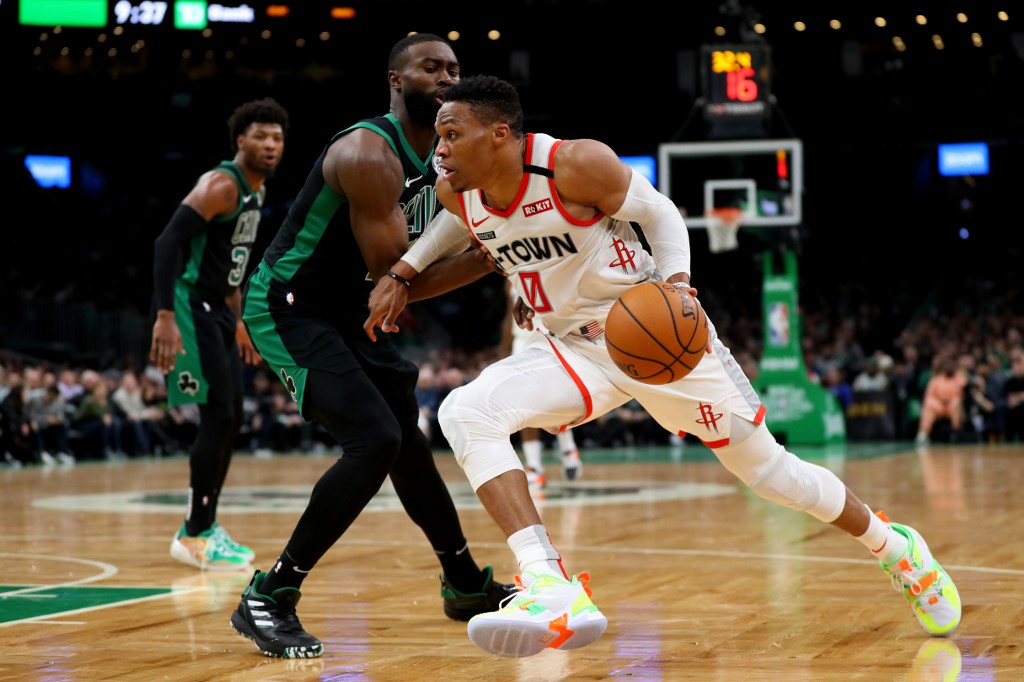 LOS ANGELES, USA – Russell Westbrook delivered a game-high 41 points as the Houston Rockets slipped past Boston, 111-110, in overtime to cap a season sweep of the Celtics on Saturday, February 29 (Sunday, March 1, Philippine time).

James Harden, who made just 7 of 31 baskets and had 5 turnovers, gained a small measure of redemption from his poor shooting night by making two late free throws in the win.

Russ goes OFF for 41 PTS @russwest44 scores 20+ PTS for the 30th consecutive game, leading the @HoustonRockets to their 6th win in a row! pic.twitter.com/g9lO0KjhKZ

Harden’s free throws gave Houston the lead and then Rockets defense took over forcing Boston’s Jaylen Brown to miss his late shot to clinch the victory.

Harden finished with 21 points after being double-teamed most of the night. Robert Covington had a double-double with 16 points and 16 rebounds for Houston, who won their sixth straight.

“We had a lot of attention on James Harden,” Celtics guard Brown said. “We forgot about the other MVP over there.”

Jayson Tatum finished with 32 points and 13 rebounds, and Brown added 22 points for the Celtics. Marcus Smart scored 26 points and Daniel Theis tallied 15 rebounds and 3 blocks in the loss.

“I thought the right team won,” Celtics coach Brad Stevens said. “I thought they were better than us – not by much, but at least by one.”

“The measurement of a man is where you stand in adversity.” –@russwest44 pic.twitter.com/oJLfAfC000