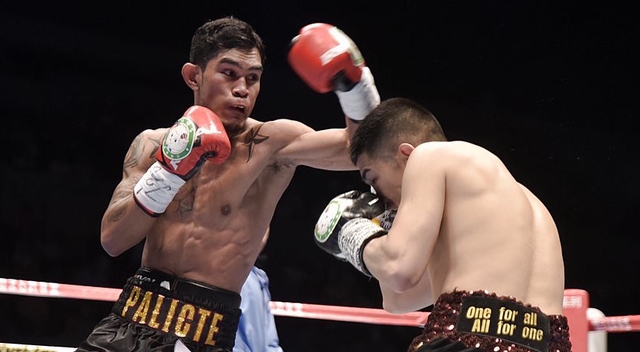 MANILA, Philippines – Romero Duno and Aston Palicte begin their long climb back to the top when they disposed of overmatched opponents Saturday night, February 29 at Lagao Gym in General Santos City.

Duno, a prime prospect until he got knocked out by Ryan Garcia in the 1st round last November, stopped Angelito Merin in the 1st round of their lightweight encounter serving as headliner of the “Redemption” fight card put up by Sanman Promotions.

Palicte, a former world title contender reeling from back-to-back losses, won by technical knockout over Jonathan Francisco, who failed to answer the 2nd round after absorbing heavy body blows in the opening round of their super flyweight tussle.

Though they won in quick fashion, Duno and Palicte will need tougher fights to prove they can still become world champions.

Though Merin was a former World Boxing Council Youth super flyweight champion, he’s on a downward spiral with a 10-13-3 record while Francisco is no better with his 10-15-1 ledger.

The 24-year-old Duno improved to 22-2 with 17 knockouts, while the 29-year-old Palicte, who held three-division world champion Donnie Nietes to a split draw in their battle for the vacant World Boxing Organization super flyweight belt, climbed to 26-4-1, 22 knockouts.

Palicte suffered a 10th round TKO loss to Kazuto Ioka in Japan then got upstaged by countryman Renz Rosia last December 21 in Manila. – Rappler.com