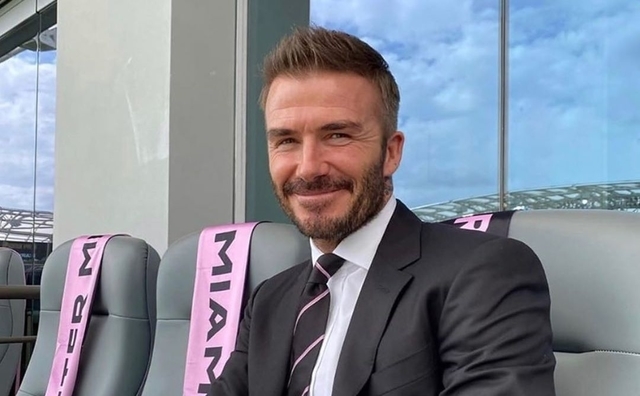 A superb chip from Mexico international striker Carlos Vela sealed victory for Los Angeles at the Banc of California Stadium in a game dominated by the home side.

Inter Miami joined the league this season after a tortuous journey marked by setbacks since former England, Manchester United and Real Madrid star Beckham exercised his option to become an owner of his own team in 2014.

Co-owner Beckham, who played for the Los Angeles Galaxy in the closing seasons of his professional career, watched from the stands on Sunday as Miami slipped to defeat.

Los Angeles dominated the early exchanges, with Diego Rossi coming close to opening the scoring after only 5 minutes when his header from Vela’s cross was parried away by Miami goalkeeper Luis Robles.

LAFC had the ball in the net shortly afterwards when Brian Rodriguez and Rossi combined to tee-up Mark-Anthony Kaye.

Kaye’s low finish beat Robles, but the goal was chalked off after replays showed Rossi was just offside from Rodriguez’s pass in the buildup.

Miami’s chances, meanwhile, were few and far between, with Lewis Morgan registering his team’s first shot after 29 minutes only for LAFC’s former Ajax goalkeeper Kenneth Vermeer to save comfortably.

The former Netherlands international goalkeeper then twice denied Miami in the space of a few seconds, clawing away Rodolfo Pizarro’s sidefooted effort on 42 minutes and then blocking Nicolas Figal’s follow-up header.

But just as Miami looked to have done enough to keep Los Angeles at bay for the first half, the home side struck.

Vela, celebrating his 31st birthday, controlled on his shoulder and darted across the edge of the Miami area before cleverly spotting Robles off his line and scooping his finish over him and into the net.

“Miami put a lot into it, but we got just an amazing goal,” LAFC coach Bob Bradley said. “Not our best, but winning in that way is important for us.

“When you come to see football and then the game is determined on a play like that, which was a combination of determination, strength, still having an idea of how to get away, the positioning of the goalkeeper – [for Vela] to finish with that delicate chip was just incredible.”

Los Angeles had another goal disallowed for offside in the opening minute of the second half.

Miami’s best chance of an equalizer fell to Mexico international Pizarro, who stretched out a foot to meet Morgan’s cross early in the second half only to see the ball roll just wide. – Rappler.com