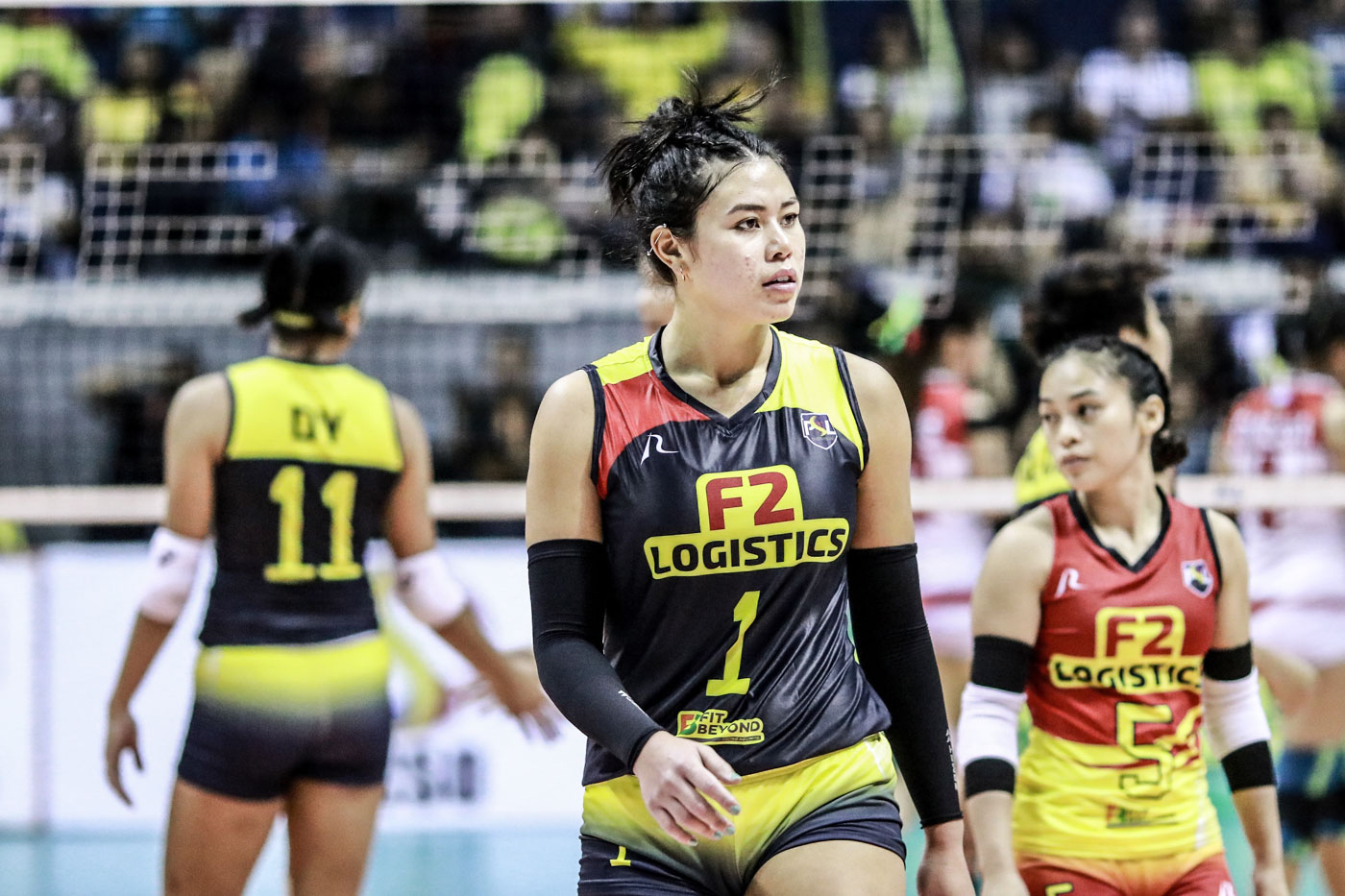 MANILA, Philippines – F2 Logistics, Cignal, and Chery Tiggo kicked off their campaign on a high note in the 2020 Philippine SuperLiga Grand Prix tournament on Tuesday, March 3, at Bacoor Strike Gym in Bacoor, Cavite.

PLDT held on to a slim two point lead late in the opening set before Mau and Alex Cabanos paired up for 3 straight points to take a 20-19 advantage.

F2, then, never looked back since as the Power Spikers handed the set win to the Cargo Movers through their back-to-back errors.

Stalzer took charge in the second set and gave her squad an early six-point separation, 7-1 that eventually led to a 10-point set victory.

More of the same happened in the final set as the Cargo Movers found themselves on top by 13 by the end of the set, all thanks to the firepower from the trio of Baron, Mau, and Stalzer.

Import Maeva Orle had 19 points and had 15 receptions for PLDT, who dropped to 0-2.

After dropping the first set, Cignal quickly recovered in the second frame and unleashed 5 straight unanswered points anchored on Robins-Hardy to secure a 24-17 lead.

Generika, though, came up with a 10-4 advantage in the third set, all thanks to their import Elizabeth Vicet Campos and Eli Soyud, but the HD Spikers banked on Roselyn Doria to retake the driver’s seat, 16-11.

Simon, then, broke loose in the final set and delivered 3 of the last 4 points of Cignal to hand the Lifesavers a 0-2 start for its Grand Prix campaign.

Vicet Campos led the scoring for Generika with 21 points while Soyud chipped in 13.

The two squads figured on a rubber match, but Bokan and Paat found ways in the end game to give the Crossovers a winning start to their campaign.

Marinerang Filipina, on the other hand, averted a 3-0 sweep and took an extended win all thanks to Cutura and Nica Guliman’s heroics.

Aside from her offensive load, Cutura also chipped in 23 receptions, while Souzan Raslan added 12 points for the Lady Skippers. – Rappler.com